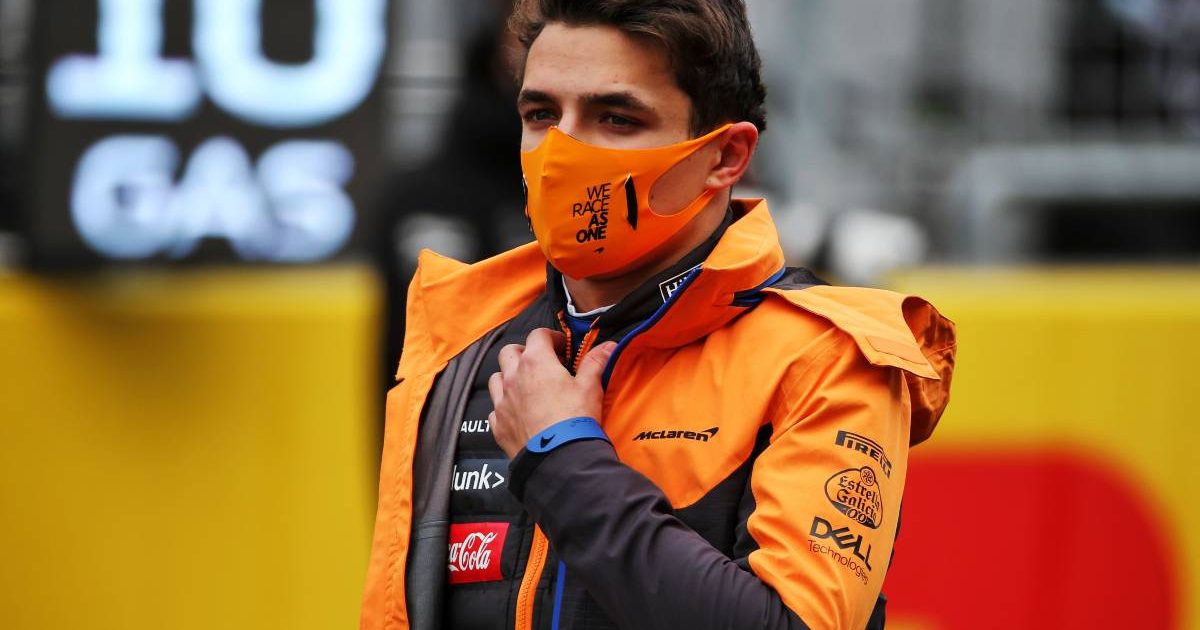 Lando Norris has revealed he would “beat myself up a lot” if results did not meet his expectations in the early stages of his F1 career.

The McLaren driver previously opened up about his mental health struggles and has been praised by his team for the “positive way” in which he has brought the issue into the public domain.

The 21-year-old has worked with mental health charity Mind, outlining his experiences in an article titled ‘Can We Just Talk?’ on the McLaren website, and also raised funds for them.

Now, in an interview with the BBC, Norris has given a further insight into the lack of self-confidence which affected him after entering F1 at the start of the 2019 campaign.

“There’s a lot of pressure and I worried about it and I didn’t have much, or at all, much self-confidence,” said Norris, who helped McLaren finish third in last year’s Constructors’ World Championship.

“I’d never had the belief that I could stay there for long or even get there in the first place, so whenever I didn’t do well I beat myself up a lot over it.

“Mentally, I did struggle a lot and it’s of course not the nicest thing to talk about. But the best thing is just to talk [even though] it’s something you never want to do.”

“It’s been an awesome start to my year number three in F1.” 💬@LandoNorris with an update for our fans following #MCL35M filming at @SilverstoneUK. pic.twitter.com/tU5yDOTwPm

Norris, who achieved his first F1 podium finish in the 2020 Austrian Grand Prix, maintains a close connection with the sport’s fans by way of his Twitch gaming streams – and does whatever he can to help people who have been suffering from similar kinds of emotional difficulties.

Referring to Twitch, he said: “I’m lucky I enjoy a lot of these things. Mainly because I’m terrible at a lot of the things I try to do.

“It’s nice that you get these messages and you can have that impact on people, and that’s something I think I’ve got much better at over the past few months.”

After an off-season during which he contracted COVID-19 while on holiday in Dubai, Norris is now gearing up for the new campaign and has already taken part in the launch of the McLaren MCL35M, plus a shakedown at Silverstone with new team-mate Daniel Ricciardo.