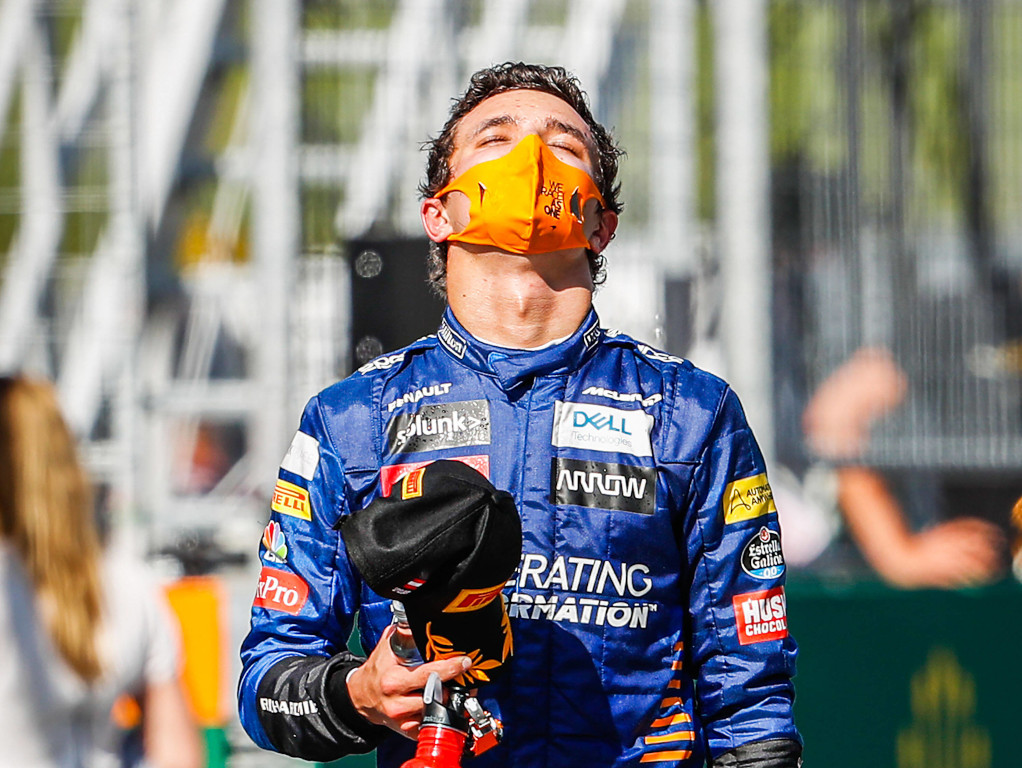 Lando Norris has opened up about a trip back to the UK to consult specialists over the back and chest pains that afflicted him during the Styrian Grand Prix.

The Englishman has made a terrific start to the 2020 F1 season, finishing third and fifth respectively at the two races in Austria to help his McLaren team to an early second position in the Constructors’ World Championship.

The latest of those results was achieved despite the 20-year-old suffering from an injury which he has now revealed was a result of “being out of the F1 car for so long”.

At the press conference on the eve of the Hungarian Grand Prix weekend, Norris told Autosport: “We’ve kind of diagnosed it. I’m feeling better for this week, which is a very good thing.

“I went back to the UK in the last few days, staying in my bubble, to go and see some specialists and get scans and so on.

“We diagnosed pretty much what the problem was and I’m feeling better.

“It’s not something that will heal completely overnight, but I’m much better than I was last weekend so that’s a good thing.”

Asked what the specific problem was, he said: “It’s just bruising from being out of the F1 car for so long and then getting back into it and straight back into a race weekend, doing so many laps and so on.

“It wasn’t something I could really prepare for or know about until after we did the first weekend, obviously having a few days off in between.

“It then hit my body a few days later and I was just a bit bruised and so on.”

P5!!! 😁😁😁 Hard to describe how awesome these past couple of weeks have been. Well beyond our expectations but goes to show you should never give up! Last laps are where it happens haha! I’m just smiling and so happy right now. Can’t wait for the next one… 💪 #GG

Norris added that he changed his seating and steering wheel positions after the opening Austrian Grand Prix weekend, having noticed before the start of the season how his body shape had changed during lockdown.

“It was a bit of my seating position and the steering position,” he explained. “Again, just for being out of it for so long, we did the seat fit and so on before we even went back to Austria.

“Having just put on so much muscle over the break, I was just a bit out.

“I was slightly shaped differently in my seat, so I had to change a few pads around and a bit of my position and so on, which could have been a bit of a cause and a bit of a lead for it.”