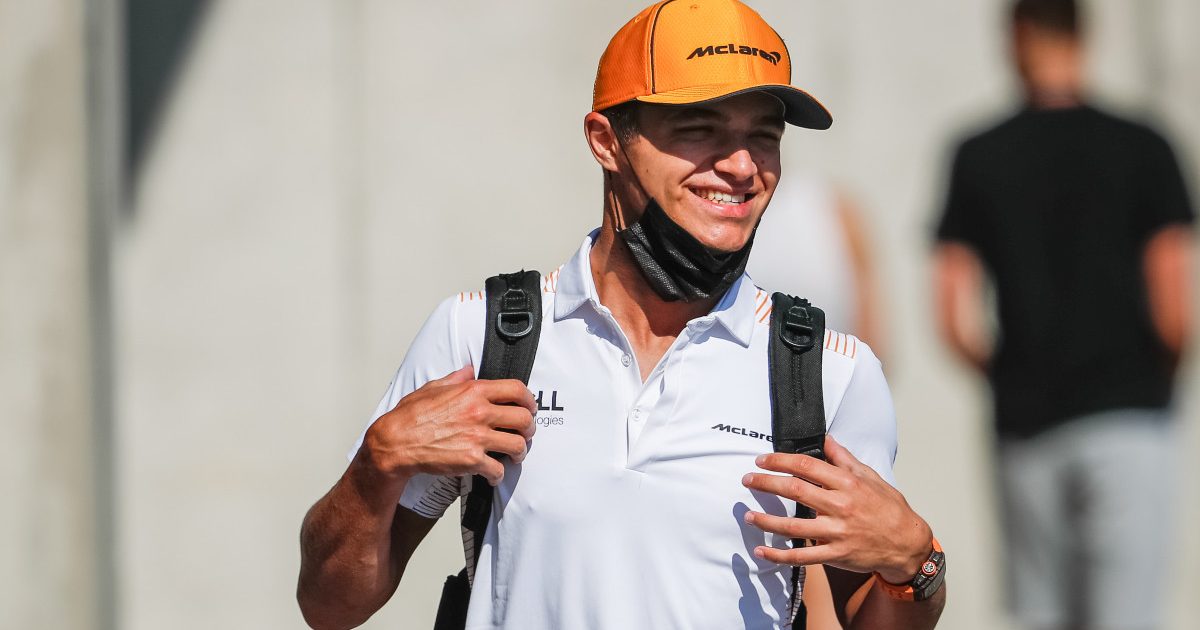 Lando Norris has said he’s looking forward to taking to a “real driver’s track” at Istanbul Park, and is ready to put the pain of Russia behind him.

Having been so close to his first race victory last time out, the 21-year-old said he has been spending time at McLaren’s factory putting in the hard yards on the simulator to prepare himself for the Turkish Grand Prix this weekend.

Norris has spoken multiple times about how losing out in Russia affected him, but multiple drivers have since offered their support, not least from Lewis Hamilton, in the aftermath of the weekend at Sochi.

With that backing behind him, the young Briton said he’s ready to go again in Turkey.

“I’m looking forward to getting back to the track after a disappointing end to the last grand prix,” Norris said.

“Since then I’ve been spending a lot of time in the simulator, learning from the experience in Russia, and I’m ready to go again.

“The Turkish circuit is a real driver’s track and I’m glad we’re heading back there again after an exciting race last year.

“The fans out there are really passionate too, so it’ll be great to see them all again. As always, we’ll be working hard to keep up the fight in both Championships.

“We know how important every race between now and the end of the season is, so we’ll be pushing hard to score as many points as possible.”

As for Daniel Ricciardo, he appears as though he’s getting back to his usual self after a tough first half of the year, following up his win at Monza with a P4 finish in Russia – albeit gaining a place through Norris’ misfortunes at the end of the race.

With an unrepresentative weekend on a new surface combined with rain throughout, the Australian said the teams will have a lot of work to do to get themselves ready for the race on Sunday.

“Heading back to Turkey!” Ricciardo said in McLaren’s race preview. “It’s a cool circuit which often offers up some great racing. We’ve been working hard since the last race to make sure we hit the ground running.

“Given we only went back there last year, we don’t have a huge amount of data on how best to set the car up, so we’ve been doing work in the sim to learn a bit more and allow us to start strong on Friday.

“The fight for third in the Constructors’ is really tight at the moment and we know that every point counts, so we’re doing everything we can to outscore our competitors at every weekend.

“We’ve had a good start to the second half of the season, so we head to Turkey looking to retain and build on that momentum as we approach the final third of the season.”