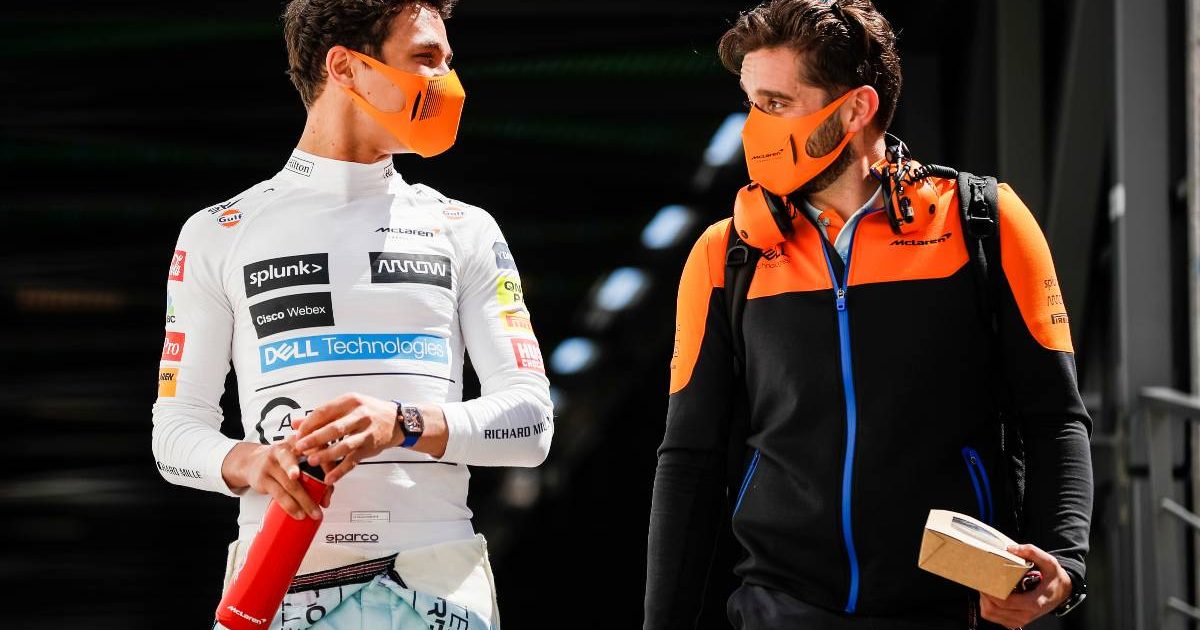 Lando Norris has listed the factors that convinced him signing a multi-year contract extension with McLaren was the right move for his F1 future.

The 21-year-old Briton is now tied to the Woking-based team for the next couple of seasons, when he will hope to continue building on the progress he has achieved with them so far.

Two podium finishes, one of them at the start of last season and the other already this term, plus P3 in the 2020 Constructors’ World Championship are Norris’ tangible highlights.

But he has also taken a significant step forward in terms of status, not allowing himself to be overawed by the arrival of Daniel Ricciardo as his team-mate this year and indeed outshining the experienced Australian on most race weekends so far

With a suitable opening at the other top teams – Mercedes, Red Bull and Ferrari – unlikely to emerge for him soon, it became a straightforward decision for Norris to stay at McLaren and regardless of that, he had plenty of reasons to do so in any case.

“There’s a lot of things we have coming up, I guess the wind tunnel is one of the biggest,” said Norris, quoted by The Race, referring to a facility McLaren are having constructed.

“A lot of things are still fairly new within the structure of the team and everyone’s place and so on. That’s still solidifying and just how we work as a team is still quite a new structure.

“Following that up in the next few seasons, it will only get better. We’ve still plenty of areas to work on as a team, not just on the car, and the plans in place for that are also very good.

Norris has previously spoken of how the atmosphere at McLaren has improved in the last couple of years and he reiterated that following the announcement of his extended deal.

“Andreas [Seidl, team principal] and Zak [Brown, CEO] have told me the things you want to hear as a driver and that’s always a good confidence-booster,” added Norris.

“The biggest thing that has changed is just the morale, the motivation, the energy.

“When you walk in, everyone’s a lot more happy and smiling a lot more, which is great. And then a lot more just excited to try and make the next step to bridge the gap to Mercedes and Red Bull.

“Every time we give them a podium, they are very happy and that makes them even more pumped and excited. It’s cool and that’s the thing that’s really changed – the energy levels within the team, the excitement and motivation.

“That will be a good thing for my own confidence but also for the team, that we will go into next year with the new regulations and there’s that continuity between all of us.

“Not too many decisions for me. I’m happy with where I am and I didn’t think of too many other things to sign my name.”