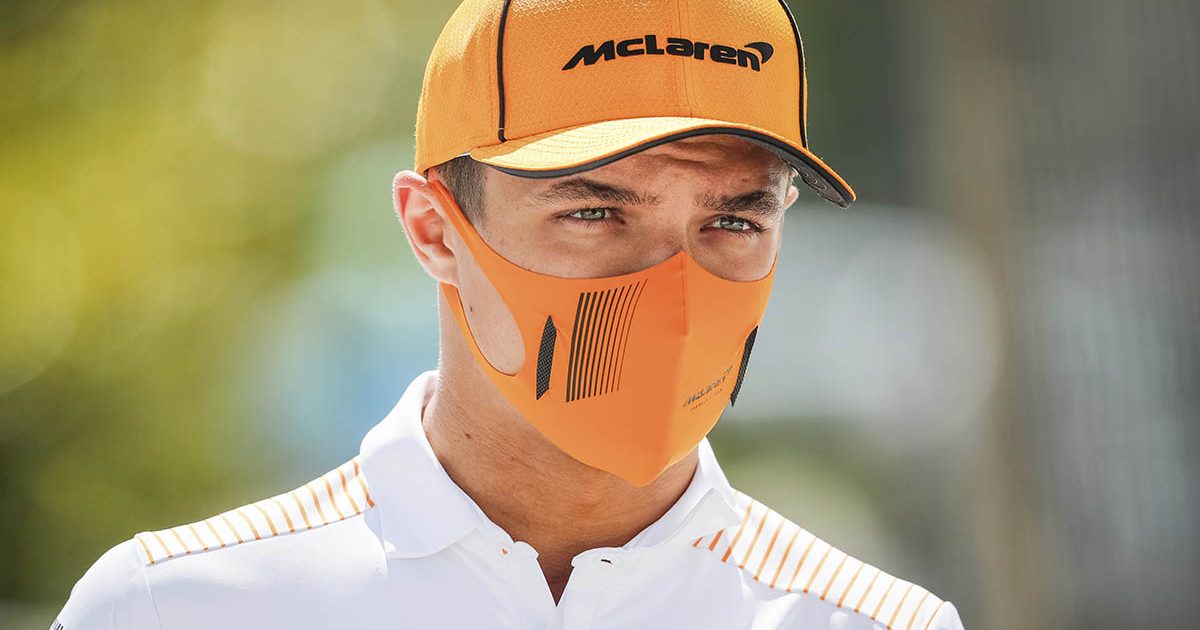 Lando Norris does not see any opportunity to break the Mercedes/Red Bull domination in 2022 even with the new cars.

Mercedes and Red Bull have established themselves as the clear leaders of the pack in Formula 1, with Brawn the last team other than either of those outfits to taste title glory in Formula 1 back in 2009.

But Formula 1 will introduce a brand new generation of car for the 2022 season, with the aim of allowing the cars to follow closer and overtake, as well as bunching the back up with more restrictive regulations.

Norris though, who has finished on the podium three times in the McLaren MCL35M in 2021, believes Mercedes and Red Bull will still be the dominant forces in 2022.

“Mercedes and Red Bull will still be favourites,” he said at the British Grand Prix.

“The new rules are an opportunity, but those two simply have more resources. They’re bigger teams.

“I just hope we won’t be too far away at the start of the season because we’ve been getting closer and closer over the past few years. A lot will be new in 2022, but Mercedes and Red Bull have a lot of clever people who know how to build a car.”

On the chassis side both Mercedes and Red Bull no longer have a financial advantage over teams like McLaren, with the trio all operating at the $145m-per-season budget cap level.

As for facilities, McLaren are pushing on with work to improve their infrastructure, with a large part of this project being their new wind tunnel.

McLaren Racing CEO Zak Brown has said that the infrastructure upgrades should all be finished by 2024, at which point McLaren will have no excuses not to be title contenders.

“It’s always dangerous to pick a point in time in which you should be going for it, but what I would say is we will have caught up by 2024 with all of our infrastructure, most specifically the wind tunnel,” he said, as quoted by Grandprix247.com.

“Unfortunately, we are in one of the less technically developed wind tunnels and that’s a huge disadvantage, so I think we will have no excuses come the 2024 season.”