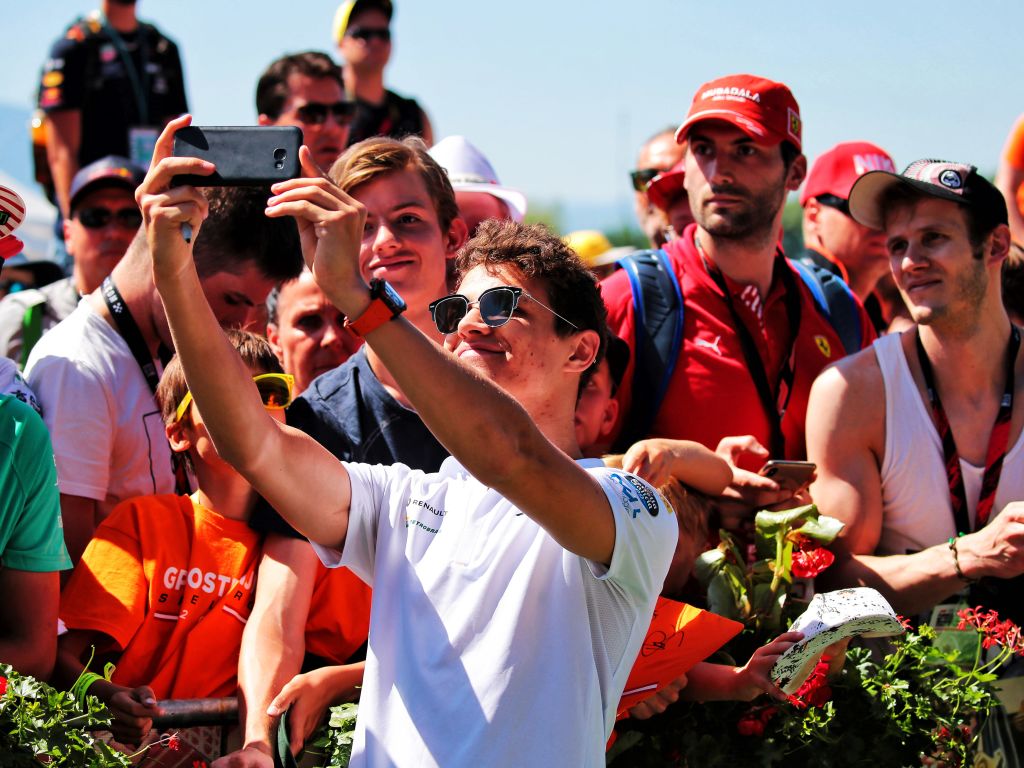 Lando Norris says that the two upcoming  Grands Prix at Silverstone won’t feel like home races without any fans there.

Due to the global pandemic, no fans have been allowed at any races since the start of the season. This will continue for the Silverstone doubleheader and probably until the end of the season.

Back in April, Norris stated how “weird” it would be to race at the track with no fans in the grandstands, and, with that being the case, he doesn’t think it will feel like his home race

“After last year, it was such an awesome experience to go there for my first home race,” the McLaren driver told Autosport.com.

“To go up to the campsites and go on the fan stage in front of the thousands and thousands of people. It was awesome. So it’s really something I’m going to miss. And in some ways, they’re the people that make it a home race.

“Otherwise in a lot of ways, it’s just another race on the calendar. Yes, it is your home track, but the reason we call it and we’re so excited about the home race is because of the fans, not because it’s just a track where you can travel back home and sleep in your own bed in the evening.

“So it’s going to feel weird and it has felt weird. And I look forward to when we get the opportunity to welcome the fans back.”

Various drivers have stated how strange and different it feels for them to go racing without anybody in the stands cheering them on.

Norris says it takes him back to the earlier days of his careers and feels the drivers aren’t the only ones being affected by it.

“You know, it feels a lot more like a race in Formula Renault where you go and there’s not that many fans. Or like, sometimes Formula Three: you go to the race tracks and there just aren’t many fans,” he added.

“And it’s almost a bit like karting in some ways, where you just go there to race rather than to put on a great show for anyone. So it is weird.

‘And it’s something that every driver, I’m sure even the engineers and mechanics, they miss the atmosphere from it all and seeing the emotion from the fans.”