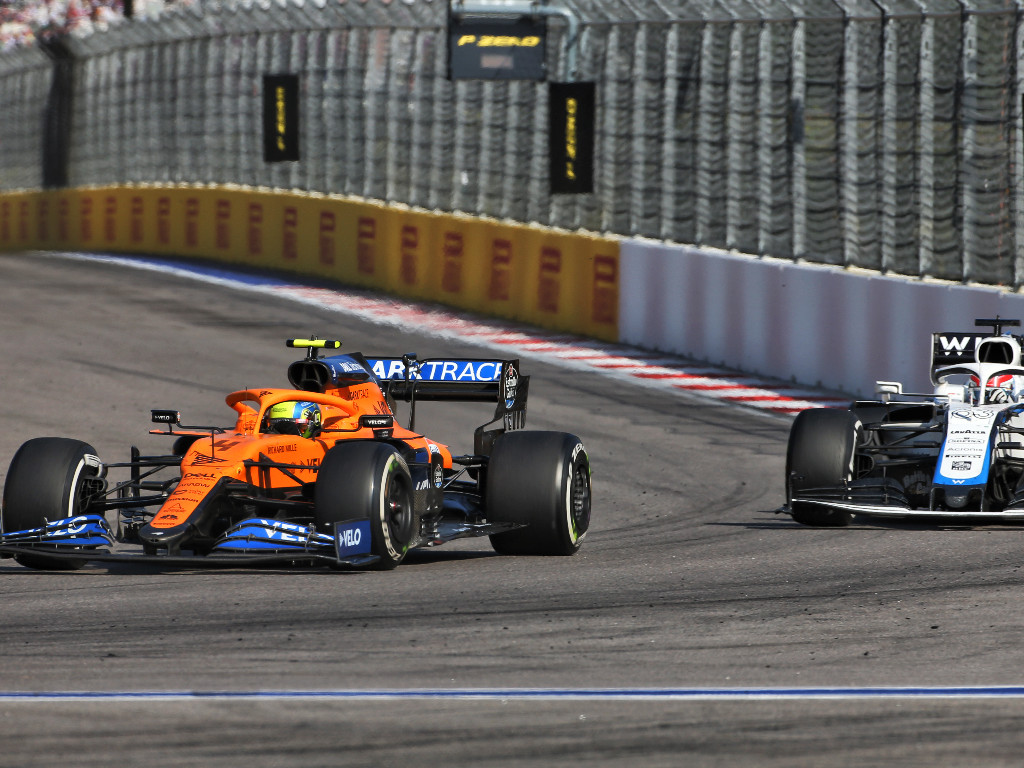 Lando Norris said damage to his McLaren at the start of the Russian Grand Prix ruined his race.

Norris started from P8 but got caught up in the drama down at Turn 2, a corner which drew widespread criticism from the drivers after the race.

Norris’ team-mate Carlos Sainz was out on the first lap after misjudging the escape route at Turn 2 and clattering the wall on the left-hand side.

That was one of the incidents which forced Norris to back off, while he also suffered damage which left Norris struggling at the back of the pack.

The Briton would ultimately cross the line in P15.

“It was an extremely tough race. My start was alright – nothing spectacular, but not bad. It was difficult on the right-hand side of the grid” Norris told the McLaren website.

“I had a decent run down to Turn Two, but some guys just committed a lot more and I ended up having to back out. Anyone that committed just ran off the track and it was tricky to avoid them.

“Then there was the incident ahead that involved Carlos that I had to avoid. I think it damaged some bits on the car and made it a lot trickier to finish the race.

“We weren’t far away, but on a hard tyre, which we boxed for at the end of lap one, I just missed out a little bit. We need to improve for next time – it was very tricky to drive the car in the race on this track. We’ll try again in Germany.”

Lando finishes the #RussianGP in P15.

Not the result we wanted but we'll be back to fight again in Germany. 👊 pic.twitter.com/7LRvFhDGfS

After his date with the wall at Turn 2 Sainz was one of the first drivers to call for that corner to be removed from the Sochi Autodrom.

“Unfortunately in Turn 2, I had someone on the inside, and I ran a bit wide,” he is quoted by Motorsport.com.