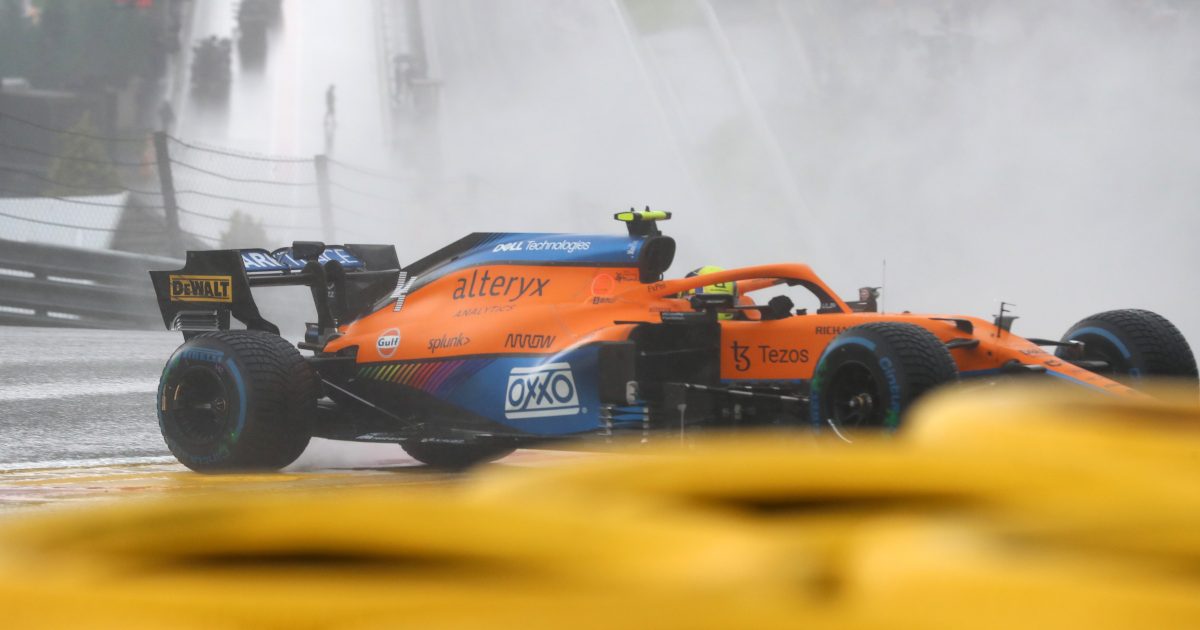 Lando Norris says he would have been affected more by his Belgian Grand Prix qualifying crash in his first two seasons of Formula 1.

The 21-year-old was taken to hospital for checks on his left elbow after a high-speed impact into the barrier at Eau Rouge when he lost control of his McLaren.

The Spa-Francorchamps circuit was treacherously wet at the time, halfway through a soggy weekend that ended with not a single F1 racing lap possible.

After being passed to take part on Sunday for what proved to be only two short stints behind the Safety Car, Norris thought his greater maturity had enabled him to deal with his crash better than would have been the case in 2019 or 2020.

“If it had happened in the first or second year, it would have bothered me more than now,” said the Briton, quoted by Motorsport-total.com.

“I woke up [on Sunday] and didn’t feel that great. But after a few massages and things like that, it was good. And when I was driving, I didn’t feel anything.”

Asked if had seen a replay of the crash, Norris replied: “Everywhere I looked on the TV there were re-runs of me, so I couldn’t not see it.”

As he had done when he confirmed he was okay on the team radio, Norris maintained the crash was down to a mistake of his – even though he had reported aquaplaning on his ‘out’ lap, Sebastian Vettel had called for the session to be red-flagged and FIA race director Michael Masi has said, with hindsight, Q3 should not have started when it did.

Sebastian Vettel stopping at the scene of Lando Norris' crash to check if he is ok ❤️#BelgianGP 🇧🇪 #F1 pic.twitter.com/qxQ3PFDnff

“I didn’t feel like I was taking too much risk or anything. That helps me because it doesn’t feel like my fault even if it was,” said Norris.

“I went through the corner and got aquaplaning on the bumps. I lost the car. I didn’t feel like I was trying to do the best lap of my life and risk everything on the first lap at Eau Rouge.

“I went through there normally, downshifted a few gears, braked and lifted. But there was just too much water.

“I felt bad for the team and disappointed in myself. It was my fault, I was the one driving, and nobody else went off.”

Norris praised Vettel’s plea for the session to be stopped. “I think Seb made a great decision,” he said.

“I said there should be a red flag, Seb said the same. The conditions were even worse than on Sunday, so it was the wrong decision to continue.”