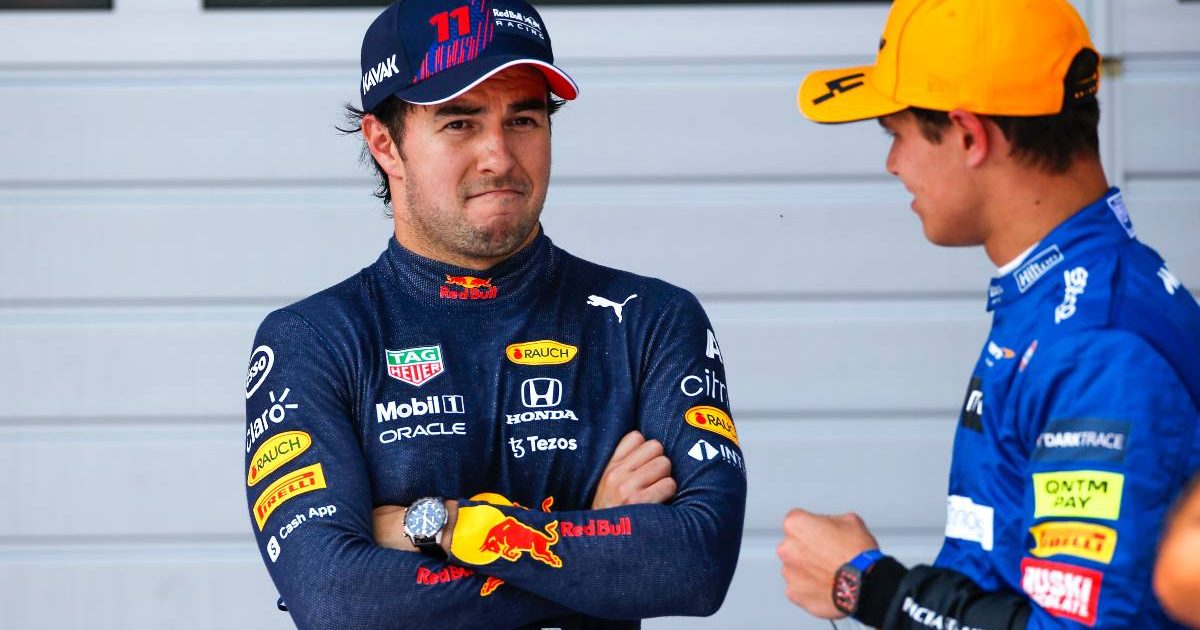 Despite claiming a third podium of 2021, Lando Norris was left frustrated by his time penalty picked up after a battle with Sergio Perez.

Norris maintained P2 at the start of the Austrian Grand Prix, but it was at an early Safety Car restart where Perez decided to take a shot at taking P2 away from the Briton.

That plan backfired though as Perez went off into the gravel as he tried to send his Red Bull around the outside of the McLaren at Turn 4, causing Perez to drop back into the midfield.

It looked like hard racing, but the stewards disagreed and handed Norris a five-second time penalty for forcing Perez off the track.

Ultimately Norris was still able to finish P3 after a late overtake on Lewis Hamilton, though without the penalty he would have finished ahead of Valtteri Bottas in the other Mercedes too.

And so, he could not help but be annoyed over Perez’s actions.

“It was a lot of fun, it was a good race, exciting, but I’m disappointed because we should have been second place,” Norris told Sky F1.

“I though that Lap 1 was just racing really, he tried to go around the outside which was a bit stupid, and he ran off the track himself, I didn’t even push him.

“So I am frustrated, but also happy with P3, we had very good pace.”

Mercedes swapped Hamilton and Bottas around due to Hamilton carrying damage on his W12, and that made him easy pickings for a Norris overtake.

And while Norris did then close in on Bottas too, he found himself unable to get within DRS range before his McLaren started to drop performance.

“I think we had good pace, I could keep up with them a lot, even in the dirty air, but not enough to get into the DRS,” he explained.

“As soon as I got within or close to one second I was just struggling too much. Should have, would have, could have in the end.”

It’s a podium for @LandoNorris at the #AustrianGP. What a drive. You deserve this, Lando! 🇦🇹 pic.twitter.com/dhKozXHr3g

After all though, for Norris to have translated his strong qualifying pace into race day was a huge positive for McLaren, marking the first time that they have been a genuine threat to Mercedes and Red Bull in normal conditions for some time.

“It’s nice to know that we can be there and we can race them, it was really the first race in many years that we are actually racing Mercedes and Red Bull,” said Norris.

“Hopefully we can keep it up next time.”

Norris also picked up the ‘Driver of the Day’ award in Austria for his performance.