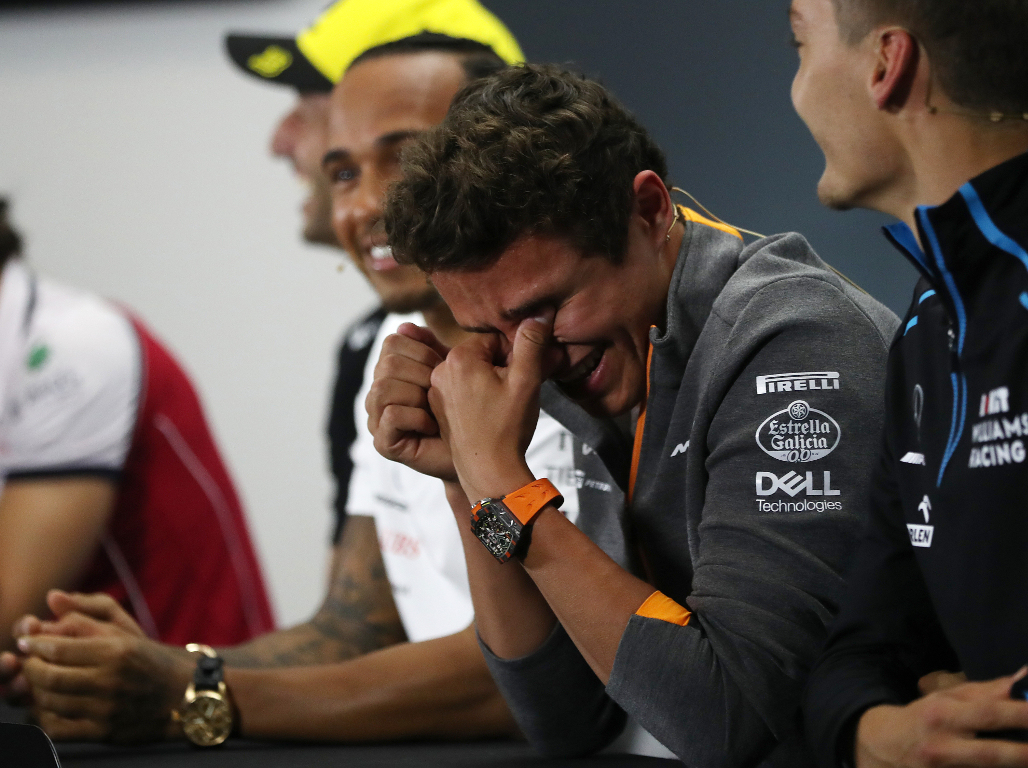 Lando Norris certainly put the wild in wildcard entry after taking part in the latest rounds of the virtual Supercars series.

Norris’ morning did not get off to the best of starts when his internet connection went down (for a change) during practice and, when fixed, then proceeded to mess up his one-shot qualifying lap at the very first turn of the Spa circuit.

The McLaren driver did manage to redeem himself, though, in a thrilling first race finale which saw Norris sneak on to the podium after the race leaders wiped each other out.

In the reverse grid race, Norris was making excellent progress through the pack…until Chris Pither veered hard into the pit lane and took out Norris in the process.

That pitched him into a spin and forced him to drive back across the track to pit himself. There was not a chance he was going to let Pither get into the pits the easy way as Norris ended up blocking the pit lane completely until he could get facing the right way again.

The reverse grid @supercars race is going well for Lando…pic.twitter.com/d1IvOdJjC8

Norris recovered to a P19 finish in the end and, after his third and final Supercars race, will be back in action on Wednesday night in the ‘All-Stars Racing Night’ alongside Charles Leclerc, Alex Albon, George Russell, Nicholas Latifi, Valentino Rossi, Antoine Griezmann and many more.

Today is the dayyy !
9PM CET, Qualifying and 2 races, 2nd race will be reverse grid and will be by night.
This is only part of the entry list, we'll be 30 in total.