Home News Norris: Tonsillitis made Spain ‘one of my hardest ever races’ 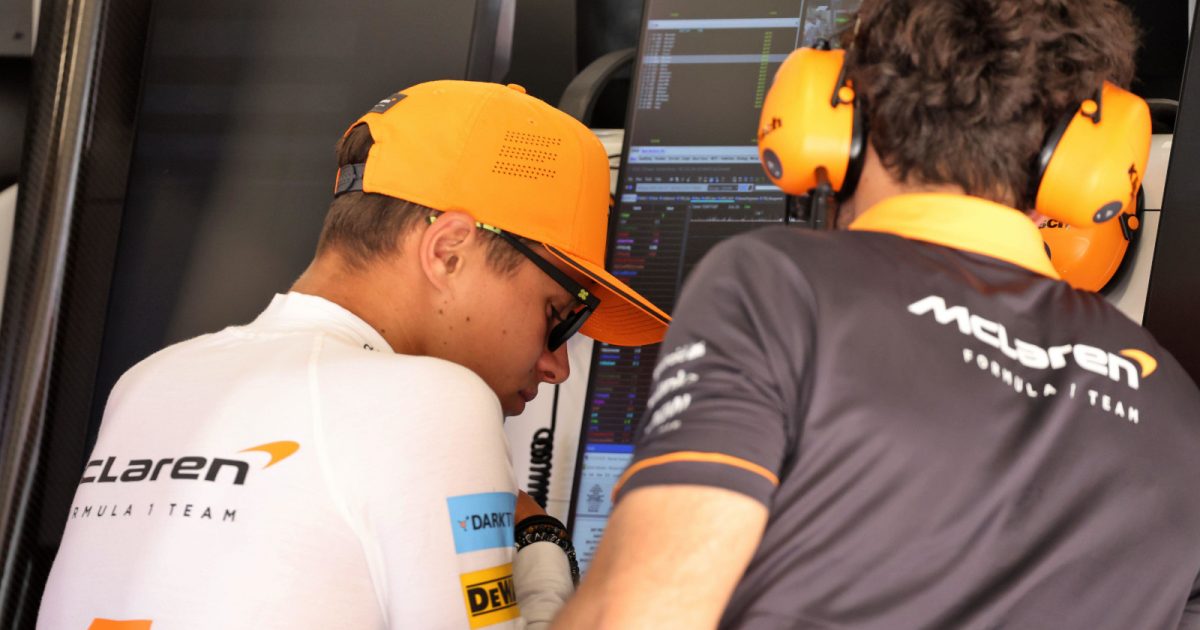 Suffering with tonsillitis and a fever, Lando Norris says the Spanish Grand Prix was “one of the hardest races” he has ever competed in.

Norris revealed after Saturday’s qualifying that he was not feeling well, the Briton later said to have tonsillitis.

Despite that he still took his spot on the Barcelona grid, P11, having being given the go-ahead by McLaren’s doctor to race.

After 66 laps in sweltering heat, the track temperature hovering around the 50’C mark, he finished inside the top ten in eighth place.

Andreas Seidl has confirmed Norris has been suffering from tonsillitis all weekend. An absolutely superb effort in the circumstances 👊#SpanishGP #F1 https://t.co/GR36PSs84O

“Today was tough,” he said.

“I was feeling really unwell before the race as I’m suffering with tonsillitis, and that, in combination with the high temperatures, made this one of the hardest races I’ve ever done.

“I’ve been a bit on the backfoot this weekend as most of my energy has been spent fighting off this illness.

“I’ve had to miss a lot of engineering sessions, which has compromised my weekend, and I definitely wasn’t as prepared for the grand prix as I could have been.

“With that in mind, I’m really pleased to have come out of the race with decent points for the team.”

His fourth top-ten showing of the season has the Briton P7 in the Drivers’ Championship with 39 points.

McLaren arrived at the Spanish Grand Prix with a host of updates for their car, 10 to be exact, with Norris praising the team for their hard work.

“The team have been working really hard to bring performance to the car, so I’m glad we could take something from the weekend,” he said.

“We’ll look at the data over the next few days, see if there’s any additional performance we can extract from the car and make sure we’re ready to go for Monaco.”

McLaren team boss Andreas Seidl applauded Norris’ performance and made it clear that McLaren did not risk their driver’s health by putting him in the car on Sunday.

“Obviously as a team, and from my side, we can’t thank him enough for battling through and he showed a great fighting spirit because in the end, he enabled us to score these four points,” he said.

“It was just great to see the commitment from his side. But, at the same time, [it] is also clear we obviously have a doctor involved in decisions like that.

“And we would never risk the health of Lando, just to be clear on that as well. The doctor gave the green light today, and after it was clear from his side that he will give it a go, we went for it.”

McLaren remain best of the rest behind the leading trio in the Constructors’ Championship, the team on 50 points, 11 ahead of Alfa Romeo.