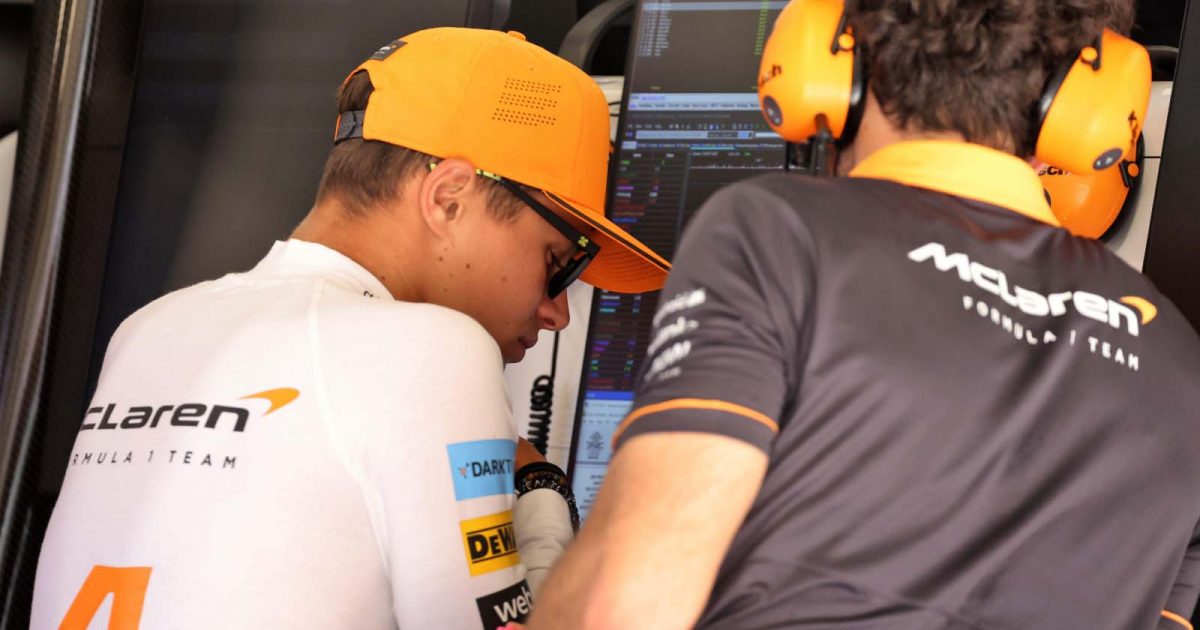 Lando Norris was disappointed after his track limits infringement cost him a place in Q3 on Saturday, with “the centimetre I used” being a step too far.

The McLaren driver had set a time good enough to get through to the top-10 shootout in Barcelona, but his lap time was deleted after running wide at Turn 12.

Track limits are already tight at that corner given the gravel trap waiting to punish any driver running too wide. But with the strict policing of the track falling between the white lines on the circuit, there was a very small margin for error and a lap time deletion – which Norris fell into on his final Q2 run, with Fernando Alonso having also had a lap time deleted at the same corner in Q1.

Norris had been slightly more optimistic about his chances, having been a few places behind where he expected, with team-mate Daniel Ricciardo having taken ninth place in qualifying.

⏱️ Lando Norris has his fastest time deleted and is out of qualifying in Q2!

“P8, I would have said,” he told Formula1.com when asked what his best possible outcome would have been. “I think the Alfa Romeos are quite a bit quicker than us.

“I was in Q3 anyway by a good two and a half tenths or so. I didn’t gain anywhere near that with the track that I used, the centimetre I used, so P8 maybe, which on a track like Barcelona you would take every day.

“It’s so difficult to overtake, we’re not very fast on the straights. So it’s not going to be easy to get back past many people, so we’ll see. It’s a new opportunity, good strategies for tomorrow so we’ll see what we can do.”

McLaren were among a host of teams to bring significant upgrade packages with them to Barcelona this weekend, and Norris believes his team has become more competitive with the new parts attached.

He also looked on the bright side about his chances in the race, with strategy variations expected on what will be a hot afternoon in Spain.

“I think so, I think we’ve understood it more and more,” he said of the team’s upgrades working as planned.

“I think I would still say we’ve taken steps forward. I think we maybe would have been one second off of pole, which is still a lot, but I think it’s a step forward from where we have been.

“So I think there’s a lot of positives, [the] team have done a good job. So to bring the upgrades, especially for both cars, I think it’s helping, at least to get us both into Q3. Hopefully tomorrow we can help even more and can overtake some cars with a better car.”