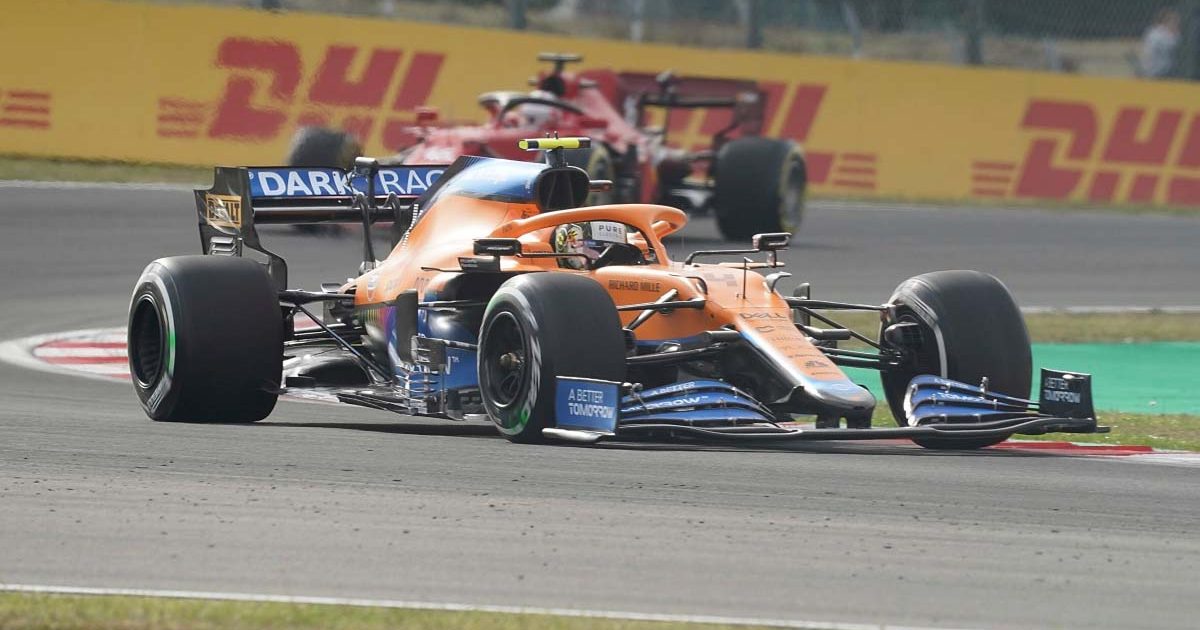 Both Lando Norris and Daniel Ricciardo have been taken aback just by how much extra grip there is on track at Istanbul Park this year.

The surface was water-blasted to remove excess oil from the new tarmac when the track was resurfaced last year, which Norris believes has had the effect of taking multiple seconds off each driver’s potential lap times – exemplified by the fact Lewis Hamilton set a new track record in both FP1 and FP2 on Friday.

As for the McLaren pair, Norris managed times quick enough for P6 and P7, while Ricciardo was behind in both sessions in P12 and P14 respectively.

But given how much the circuit’s surface has improved compared to last year, Norris said it made for a fun day of running behind the wheel, even if his practice programmes were slightly run of the mill.

“It was a good day, obviously a couple of mistakes I’d made but that’s what Friday’s for, I guess. I think we tried some things with the set-up today, we used an extra set of tyres as well, just to try some more things in preparation for tomorrow.

“As Fridays go, I think [it was] a decent one, nothing too special” the McLaren driver told Formula1.com. “Getting used to the track, because it’s quite different to what we had last season.

“It was five, six seconds quicker than what we did last year here, so it feels like a completely different circuit. But it’s a cool one, a good challenge and an enjoyable day.”

As for Ricciardo, he ended FP2 down in P14 with his best time set on the hard tyres. While this could have been cause for worries for the Aussie, he feels relaxed because he knows the capabilities of his car come qualifying, and he made a mistake on his simulation run.

Like his team-mate, he too enjoyed the rush of driving on the improved surface in Turkey.

“For the fans out there… I wouldn’t be concerned,” he said with a smile. “I just didn’t put the lap together, but I’m actually pretty relaxed.

“From a driving point of view, I actually had a lot of fun today. The track was cool, completely different to last year. The grip was an insane amount better and [it] made the experience really enjoyable.

“I wouldn’t say the time represents the feeling today.”