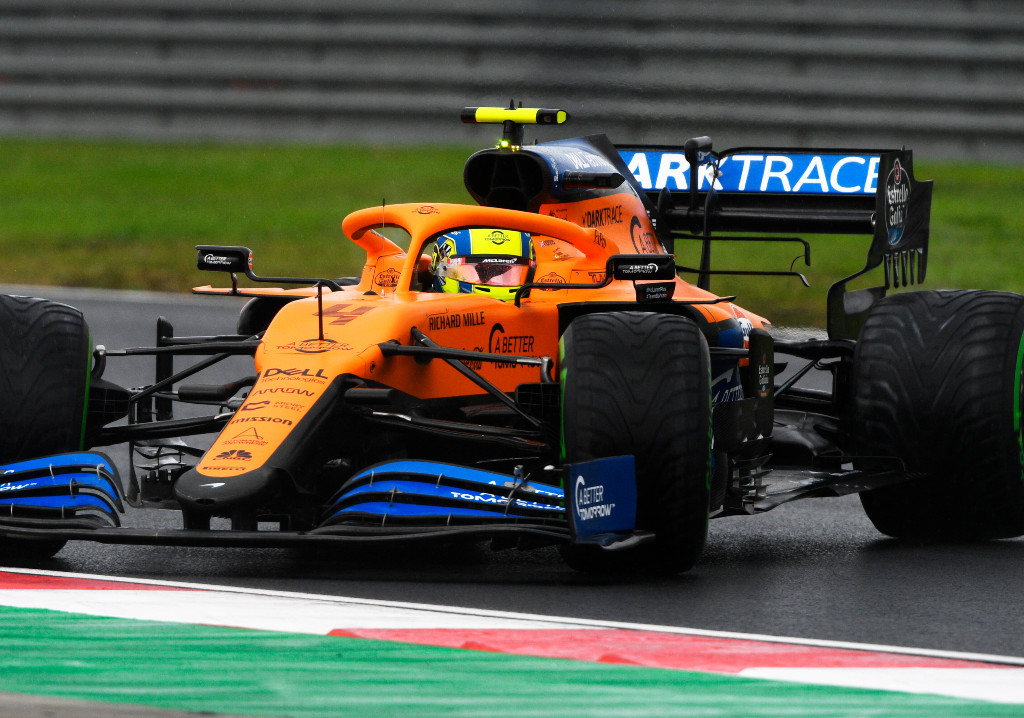 Lando Norris said his start at the Turkish GP wasn’t only the worst of his career, but probably any career.

P16 on the grid for the Turkish Grand Prix was far from ideal for Norris, but at the start he simply couldn’t find any traction at all and the McLaren racer sunk like a stone to the back of the pack.

Still, it was a fantastic recovery drive from there in the wet, slippery conditions as Norris made it up to P8 across the line for a vital 4 points, bumped up to 5 after the also set the fastest lap of the race.

That start though will likely always stick in the Briton’s mind, one which he called the worst of his, and probably any career.

“It ended well, it didn’t start well,” he is quoted by Motorsport.com.

“But every time we got into clear air and had some nice gaps in the car ahead, the car came alive, and we had really good pace, but it was just always difficult to put yourself in clean air and with a nice gap. It was a bit of a patient game that we had to play all the way through.

“The overtakes were nice, I got lucky with Daniel [Ricciardo] and George [Russell], because it’s so difficult to overtake you have to take some risks.

“Because there’s one line you have to follow, so as soon as you go off line you just lose the car. It was tricky, but I took the risks I had to take in order to finish.”

Norris said by the end of the race he was setting 1:36s as his intermediate tyres wore down to the equivalent of a soft slick tyre.

However, a switch to the actual slick tyres was never an option.

“I think slicks were never an option, especially with this track surface,” he said.

“The inter as a slick, is almost better than the slick. Because the operating window is much lower. It’s a very soft tyre. So the grip we had at the end, although some corners were still wet, I did a 1:36s.

“The last corner was completely wet, we were losing at least three, four seconds. So if you think about it, some of the corners we were quicker on an inter then we did all weekend on a slick, which is very weird. But it’s just how weird this tarmac is, and how it suits the tyres.

“There are some things you could do differently. But there’s also how you manage them. And I think that was our main focus, was not over-killing them, and over-pushing, but just using them in a proper way in a good way. And that paid off.”

Norris’ team-mate Carlos Sainz started the race from P15 and went on to finish P5, and Norris admitted that “if you’d said that last night [after qualifying], we wouldn’t have believed it”.

McLaren now trail Racing Point by five points in the battle for P3 in the Constructors’ Championship, but crucially they overtook and established a 13-point buffer over Renault who only scored one point at the Turkish Grand Prix.