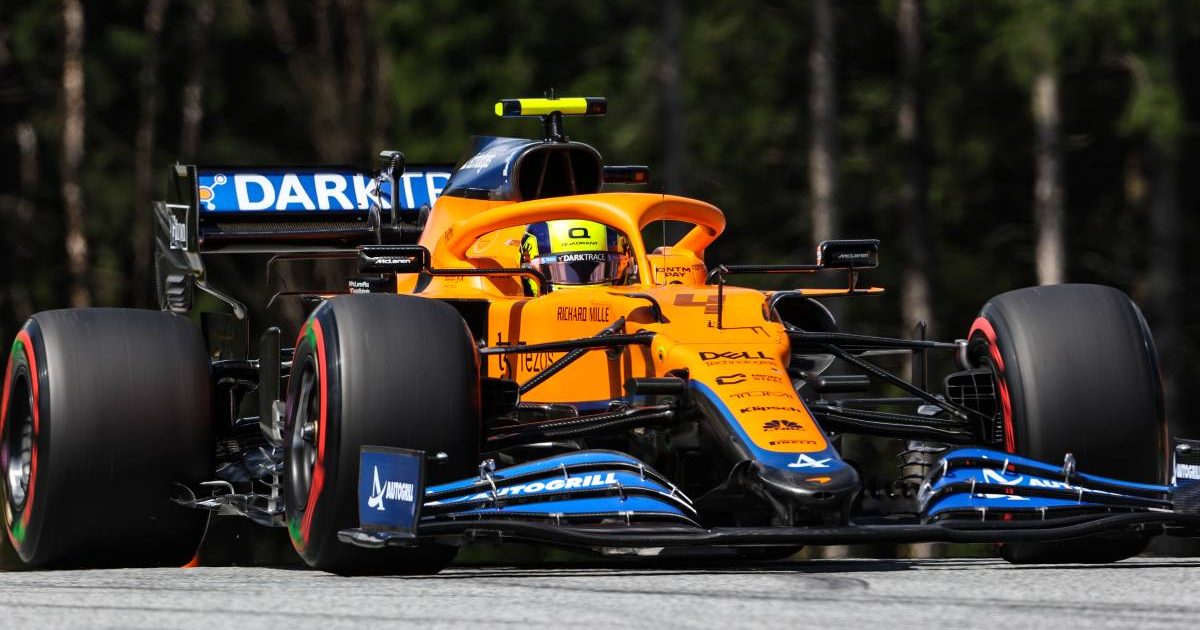 Lando Norris is still wrapping his head around the fact he finished less than a tenth behind Mercedes in qualifying for the Styrian Grand Prix.

The Briton has been a real stand-out of the 2021 campaign so far, to the point where now it is no shock to see him making life difficult for Mercedes and Red Bull on a Saturday.

Max Verstappen was out of reach in Austria as he stormed his way to pole for the Styrian Grand Prix, although Norris was able to better the other Red Bull of Sergio Perez while lapping within a tenth of Bottas’ P2 time.

Bottas will drop back to P5 on the grid though thanks to a penalty he picked up in practice, which means Norris will head the second row for the race.

And although Norris sees the trend developing of the cars being more “equal” this season in qualifying trim, he still finds the fact he was within a tenth of both Mercedes cars by the end of Q3 “weird” to think about.

“We were expecting to be good and strong because we have been relatively decent all weekend,” he told reporters in the paddock.

“The car was good and we know we always take a little bit of a step into Q3.

“To be ahead of one of the Red Bulls I would say not as expected, because they have been very fast from lap one here and miles ahead of us all weekend.

“It’s a similar story to Monaco for example, or Baku or some tracks where we always look way behind Mercedes and Red Bull, but as the fuel loads come down I think everyone’s car gets a little bit more equal and more competitive.

“Sometimes it can surprise you a little bit and we can be ahead of them. It’s nice to know.

“Under a tenth off both Mercedes, which is a bit of a shock, because I think I can just state a fact that they have more grip than us. It’s weird to think of but it’s a good position.”

Starting P3! Love this place. We’re in a decent spot for tomorrow. pic.twitter.com/OevE3fq3ON

The fuel levels will rise dramatically though for the race and although Norris will “100%” go for an opportunity if it presents itself, he also recognises the need to choose his battles carefully.

“It’s a similar story to a couple of years ago when I was into P2 or P3 and we were mixing with the Red Bulls and the Mercedes guys, and if there is an opportunity 100% I will go for it,” he confirmed.

“But I still need to pick and choose my competitors carefully and not kill the tyres, so we will wait and see.

“I think on paper on Friday they were quite a bit quicker than us, both the Mercedes and a Red Bull, so I’m not expecting to be super-competitive against them. But we still have a good chance to beat everyone else behind, so that’s the plan.”