Home News Norris posts update after being mugged at Wembley 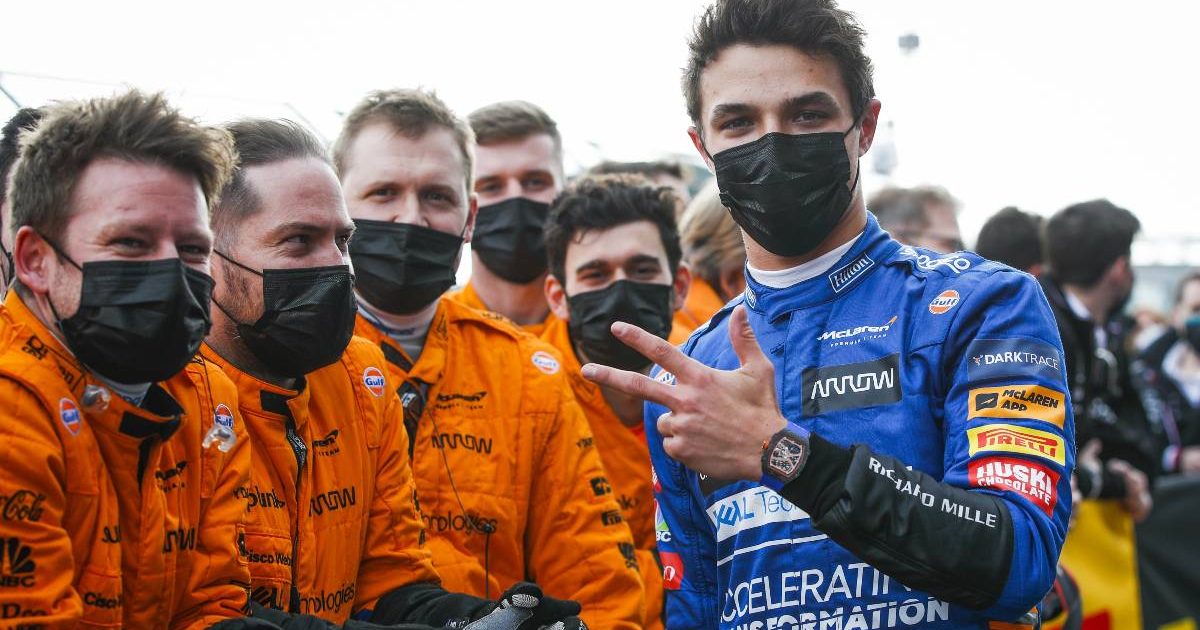 Lando Norris took to social media to say that he is “doing well” and trying to refocus for the British GP after his Wembley ordeal.

The 21-year-old was at Wembley Stadium in London on Sunday July 11 to watch England play Italy in the Euro 2020 final.

But after leaving the ground he was ‘ambushed by yobs’, according to The Sun, as he returned to his car. One individual held Norris while another stole his prototype Richard Mille watch worth £40,000.

‘McLaren Racing can confirm that Lando Norris was involved in an incident, after the Euro 2020 final match at Wembley, during which the watch he was wearing was taken,’ a statement from his McLaren team read.

‘Thankfully, Lando was unharmed but he is understandably shaken.

‘The team is supporting Lando and we are sure that racing fans will join us in wishing him all the best for the British Grand Prix this weekend.’

And in an update on social media Norris gave the fantastic news that he is “doing well”, while expressing his gratitude to all those who had sent him well wishes after the incident.

“Hi world, thanks for all the messages everyone,” he posted.

“Really means a lot to see so many messages of kindness and love from you all.

“Thought I’d let you know that I’m doing well and trying to make sure I’m ready and in the right zone for this weekend to perform at my best.

“Love you all and can’t wait to see so many of you back at the track this weekend.”

Norris has been one of the standout performers this season, finishing in the points at every race so far, the only driver to do so.

The Briton has also picked up three podiums finishes, with P3s at the Emilia Romagna, Monaco and Austrian GPs.