Home News Norris: Worst start of my life cost me 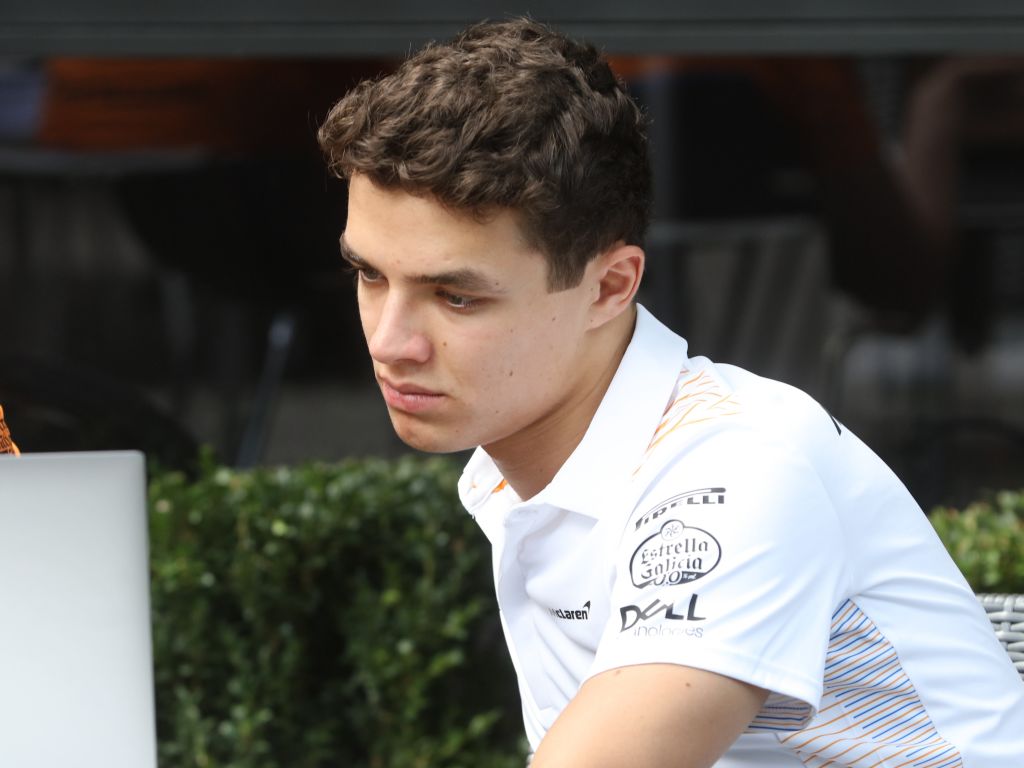 Lando Norris says that he let his team down with what he thinks was the worst start of his life at the Hungarian Grand Prix.

After starting in P9, The McLaren driver failed to score points for the first time this season at the Hungaroring, finishing down in P13.

He was playing catch up for the entire race after dropping down the order during the opening lap. A pit-stop that put him into traffic made things worse, but he says his poor start is the main reason for his struggles.

“The team did a good job. Maybe the pit-stops weren’t amazing but they didn’t cost me anything,” he said after the race.

“I think I was the one who let down the team in terms of probably getting the worst start I’ve ever got in my life. I just wanted to go forwards, and when you try to go forwards in the wet you go backwards. It was as simple as that.

“I just screwed everything up, and it’s such a difficult track to overtake on that I couldn’t do anything more after that. I tried coming back, but P13 was the best I could do.”

Despite a disappointing third race, Norris has still enjoyed an excellent start to the season, finishing the first two in P3 and P5. All in all, he’s happy with his performances from the opening rounds.

“If I look at the big picture I think they’ve still been a very positive three weeks,” he added.

“I think the things I’ve really wanted to improve on as a driver, I’ve done much better at, but I’m still not the driver I want to be.

McLaren didn’t leave the weekend empty-handed, however, as Carlos Sainz managed to finish just ahead of Leclerc in P10. He’s since been promoted to P9 due to a penalty for Kevin Magnussen, but after the race, he wasn’t happy with his result.

“I think a point is not what we want, especially after such a strong start,” he said.

“We were again up to P8 or P7 or something like that and we stalled again in the pit-stop, we had a very slow release from the box. Not to the fault of our team, just a lot of traffic in the pit-lane. We lost a lot of positions there and had to recover back to the points.

“The balance was not ideal in the race, the balance hasn’t been ideal the whole weekend. It’s now a matter of analysing it and seeing if we can come back stronger in Silverstone.”