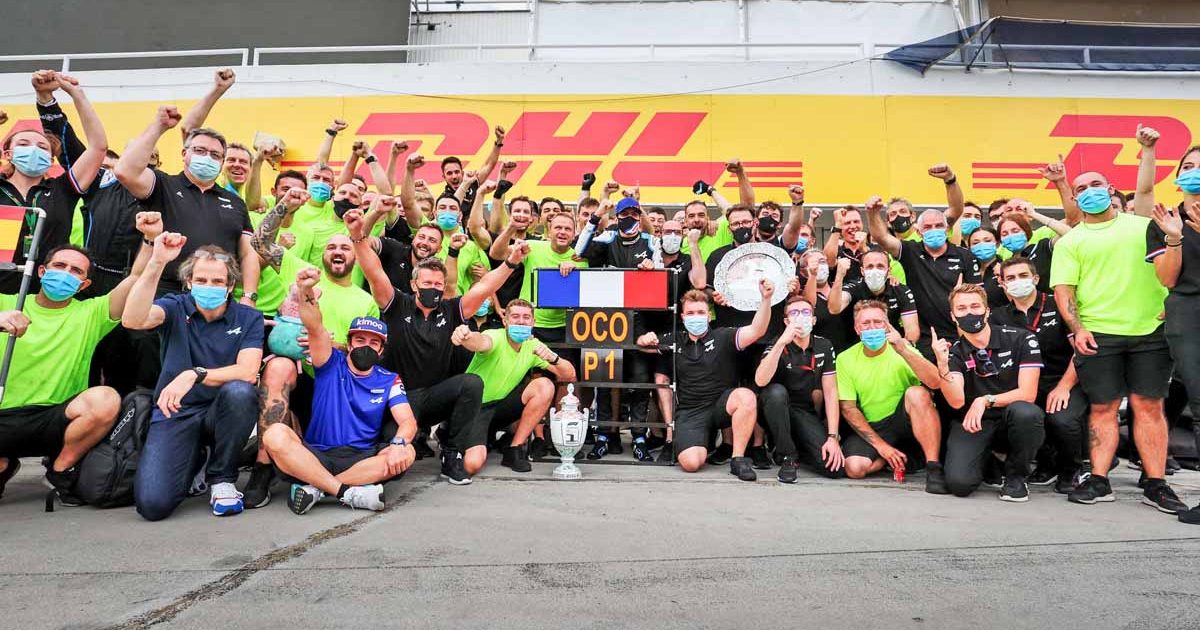 Laurent Rossi has hinted a managerial shake-up could occur at Alpine as part of efforts to improve their fortunes next year.

Much was new about the team’s 2021 assault – their name, previously having been Renault; the livery; a driver change with Fernando Alonso returning in place of Daniel Ricciardo; and the management structure, after Cyril Abiteboul’s services were dispensed with.

Instead of a sole team principal, Alpine have three visible bosses – executive director Marcin Budkowski and racing director Davide Brivio, each reporting to Rossi who is the CEO.

But with Alan Permane being the sporting director and Pat Fry as the chassis technical director, it could be construed as a case of too many chiefs and not enough indians at Alpine.

Although Esteban Ocon won the Hungarian Grand Prix, the season overall has not marked an improvement because Alpine are battling to hold on to fifth position in the Constructors’ Championship – the same place as last year, when they were in contention to finish third.

Therefore, Rossi will look at the end of the campaign into whether there needs to be a reorganisation in order to make progress when the sport’s new rules kick in for 2022.

“I think the results on the track speak for themselves,” Rossi told Motorsport.com when asked if he thought the management structure was working.

“Scoring points consecutively in 15 races, plus a victory, it doesn’t look like we are making a fool of ourselves when we go on the track every weekend. So it works sufficiently for us to have these kind of remarkable results.

“Is it the right organisation for the next set of challenges and to carry on climbing the ladder? Well, I will assess that at the end of the season.

“I want first to finish the season in P5, and secondly to make sure at Enstone and Viry everyone is focused on developing the new car for next season.

“Then I will make my call regarding evolving the organisation at large and the top management in particular.”

‘Evolving’ was a word used multiple times by Rossi as he continued discussing Alpine’s attempts to join the battle at the front with Mercedes and Red Bull.

“I clearly want the team to contend for podiums and win by the end of the next regulation, that is to say 2024/25, depending on when they decide to switch to the new regulation package,” said Rossi.

“But to do so, we will need to evolve the team a little bit. I think the team has moved from P9 to P5, before the plateau we have reached, pretty well in the past years.

“So what I want to do is keep the momentum of the prior season, that’s why I want to keep that fifth position. I don’t want us to regress.

“We learned a lot operationally this year, so that’s always a plus. We will apply that next year, but then we will need to build muscles to grow and move from P5 to P1, race after race, season after season in the next few years.”