Home News Leclerc and Ferrari throw down the gauntlet 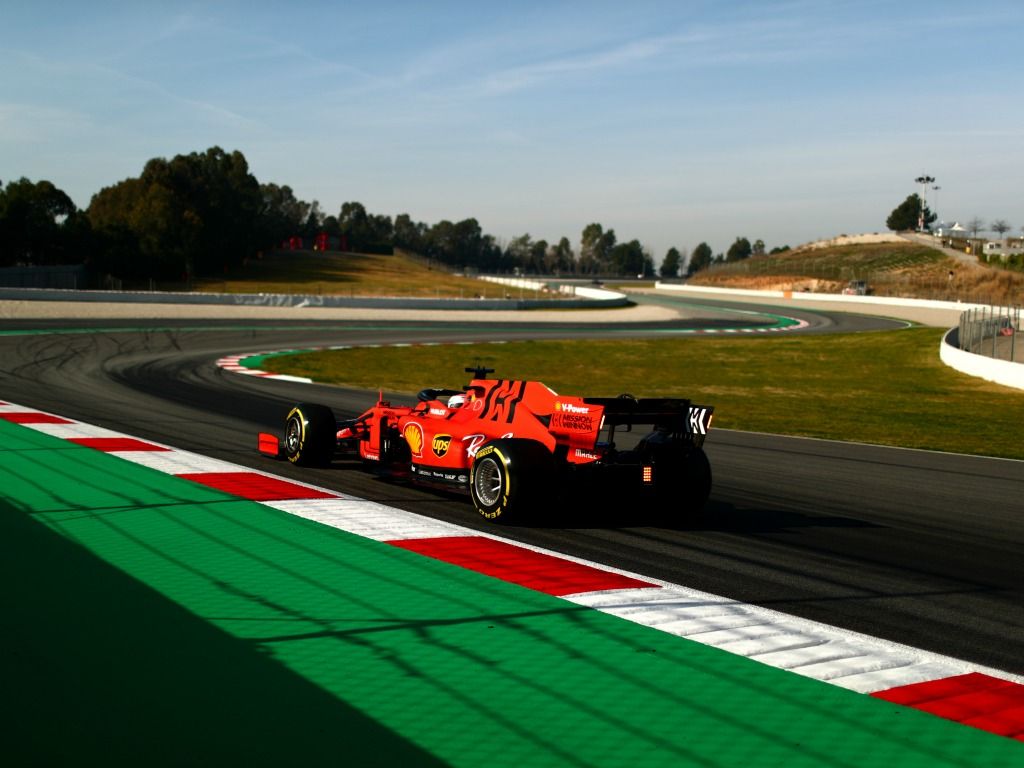 Ferrari have given Mercedes and Red Bull a further glimpse of their pace on the penultimate day of testing in Barcelona.

The pace really began to heat up at the Circuit de Catalunya on Thursday, with nine of the 10 teams all posting their best times of pre-season with just one day of testing left to complete.

The only team not to do so? Mercedes.

Instead, Hamilton made a quieter statement in P10 with a 1:18.097 on the C2 compound – a full six tenths quicker than the previous best time we have seen on that tyre, set by Sebastian Vettel on the third day of the first test.

Hamilton’s team-mate, Valtteri Bottas, P13, was buried deeper down on the timesheet yet continued to pile on the mileage and take Mercedes past their entire 2018 pre-season total of 1,040 laps.

But quickest of all proved to be Leclerc with a 1:16.231 set on the C5 tyres during the morning session.

That is within a tenth of the quickest lap ever seen in Barcelona – a 1:16.173 posted by Hamilton to clinch pole at the Spanish Grand Prix in 2018.

Remembering the best times ever at the Circuit! #F1Testing

With race simulation runs taking priority in the afternoon, Leclerc’s headline time remained firmly unbeaten and, during the lunchtime break, he said that there is still margin for improvement. Gulp.

It was not all rosy red, though, as a sudden, small puff of smoke from the SF90 prompted Leclerc to stop on track inside the final 20 minutes of the day.

Toro Rosso’s Alexander Albon also dropped into the 1:16 bracket to put him second on the Day Three timesheet, with McLaren’s Lando Norris rounding off the top three.

Pierre Gasly, P4 on his final day in the RB15 before Australia, was also involved in the hot-lap battles in the morning, yet blotted his copybook once again with his second crash of testing and bringing another day to an abrupt end for Red Bull in the afternoon.

Renault, too, showed a little bit more pace, with Daniel Ricciardo, P5, able to extract a couple more tenths out of the R.S.19 compared to his team-mate, Nico Hulkenberg, in P6.

Racing Point’s Lance Stroll forced a second red flag of the day with an on-track stoppage, but his earlier time of 1:17.556 was good enough for P7 on the timesheet.

Alfa Romeo’s Antonio Giovinazzi occupied P8, but a more notable entry came in P9 with Hamilton and Mercedes not getting involved in any pace games on the C5 compound.

George Russell in the Williams completed the top 10, but more notably racked up over 100 laps for the team on a the third consecutive day.

Elsewhere, an exhaust issue limited Romain Grosjean to just 45 minutes’ worth of running in the afternoon, but he did rise to P9 late on.

The final day of testing begins on Friday at 0900 local time.