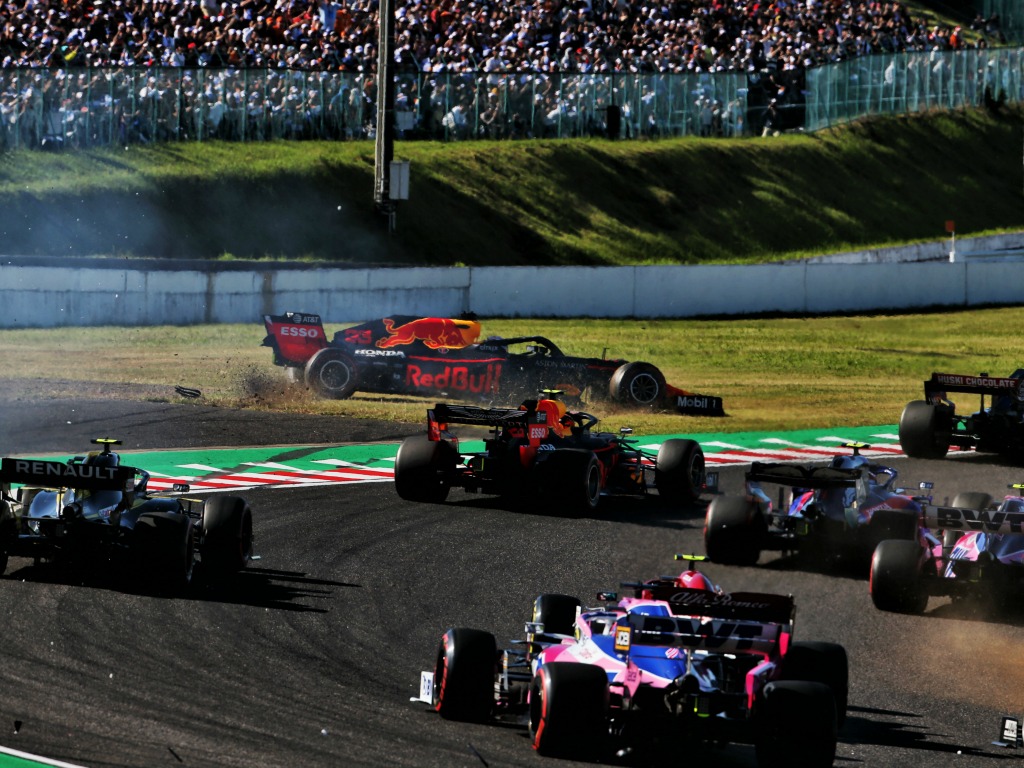 Charles Leclerc was left with front wing damage after hitting Max Verstappen on the opening lap of the Japanese Grand Prix.

It was a poor start for Ferrari in general with Sebastian Vettel getting away slowly and losing P1 to Valtteri Bottas.

Leclerc then suffered his own problems and understeered into the Red Bull of Verstappen through Turn 1, sending the Dutchman into a spin and leaving Leclerc with a broken front wing.

Both drivers would sink to the back of the pack, but the stewards ruled at first that no investigation into the incident would be needed, much to Verstappen’s frustration.

“What?! But where should I go?! He just went straight into my car!!,” he said when told there would initially be no investigation.

Leclerc would ignore Ferrari’s orders to pit until Lap 4, causing problems for the following Lewis Hamilton who was taking a face full of debris as he looked to overtake. Leclerc’s endplate took one of Hamilton’s mirrors clean off.

“How he’s not been given a warning flag I don’t know,” said the Brit over team radio.

The stewards would later change their minds and decided they would investigate the Verstappen/Leclerc incident after the race.

Meanwhile, Verstappen became the first driver to retire from the Japanese Grand Prix, coming straight into the Red Bull garage and unable to continue due to the amount of damage sustained.