Home News Leclerc and Vettel will start 2020 as equals 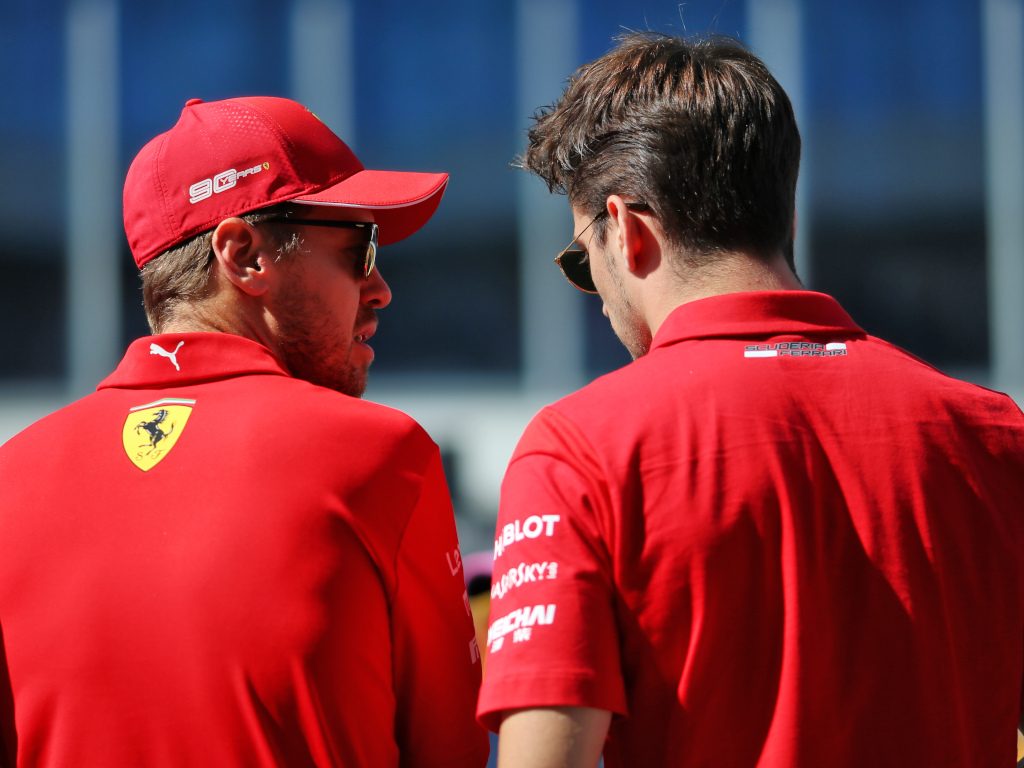 Ferrari boss, Mattia Binotto, has confirmed there will be no team orders in place between Charles Leclerc and Sebastian Vettel at the start of the 2020 season.

With Leclerc only just beginning his first season in a Scuderia seat, the more experienced Vettel was given priority in 50-50 situations between the duo starting from the opening race in Australia.

However, Leclerc has proven to be more than a match for Vettel, with the addition of self-inflicted errors ensuring that Leclerc would finish ahead of his team-mate in the final World Championship standings in 2019.

As the season developed, Leclerc and Vettel were on equal status, although that counted for nothing in Brazil where a collision between the pair resulted in DNFs for both.

However, Binotto has said the plan is to keep the equal status in place right from the start of the 2020 campaign.

“Obviously now we just finished the season and there will be time from now to Australia, but when we started this season, the situation was quite different,” Binotto told Sky Sports F1.

“We had a rookie and an experienced driver. If you look at the last races they were free to race and I think that is where we start from.

“He’s good in battling, he’s good in racing, so we are very happy with him.

“I think that his season has been outstanding. Starting seven times on pole, two victories, on his very first year and finishing ahead of Sebastian in the championship, it’s still an achievement.”

Even though Ferrari’s season has once again been blighted by controversy and errors, Binotto still doesn’t look back on the season with regret.

“We did our best each time but obviously we are unhappy for the performance of the car and unhappy for some mistakes we did, for reliability problems we had, and maybe some decisions,” Binotto added.

“But I don’t think these are regrets. We always need to look ahead.

“So I would say we did our best, not yet sufficient.

“We know that our car is not fast enough, is not reliable enough, but let’s say we’ve now got some time ahead and we are trying at least to create some solid foundations with the team, with our organisation, and eventually try to challenge the others in a better way next year.”