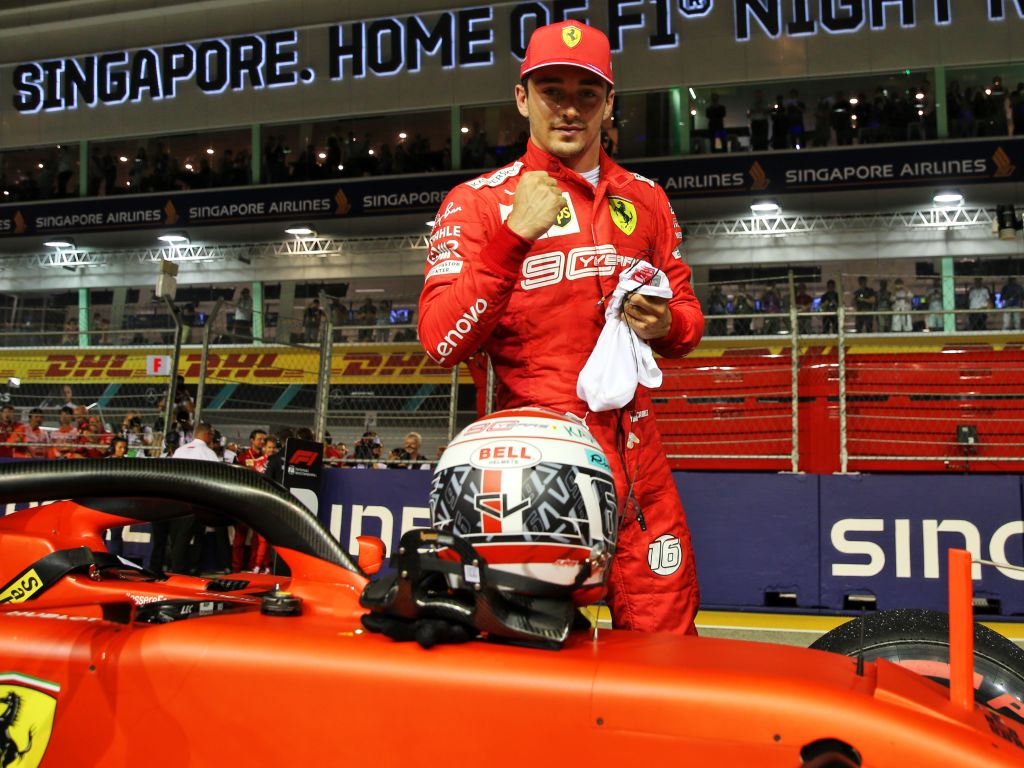 Charles Leclerc took his third pole in a row after acing qualifying for the Singapore Grand Prix and credited it on the upgraded Ferrari package.

It was Sebastian Vettel who set the early pace in Q3 as Ferrari came out of nowhere to control the shootout for pole, but Leclerc robbed his team-mate of top spot with a sensational 1:36.2.

Lewis Hamilton was able to put his Mercedes in P2 to split the Scuderia on the grid for Sunday’s race, but all the talk had been about whether it would be Red Bull or Mercedes who set the pace.

Ferrari brought what they described as ‘a few new parts’ with them to the Marina Bay Circuit as they looked to close in on Mercedes who should have been at home on a technical track such as this, but the red team went a huge step further in beating them for pure pace and Leclerc has credited this to those new parts.

“We brought some new bits which worked properly. It’s not always the case, but it was this weekend,” he told Sky Sports after qualifying.

“I had a very tough Friday, I didn’t feel comfortable in the car. But, I worked hard and today it paid off.”

Leclerc thought there were a few moments where that all-important lap had slipped away from him, but he got the job done and was rightly proud of himself and his team.

“It was a good lap, a very good lap, but there were some moments when I thought I lost the car, that I took back and at the end, finishing the lap we are in pole position.

“I would like to thank the team, so much, for what they’ve done. We came here knowing it would be a difficult track for us, but the team has done an amazing job to bring the package we needed, and I’m extremely happy to be on pole for tomorrow.”