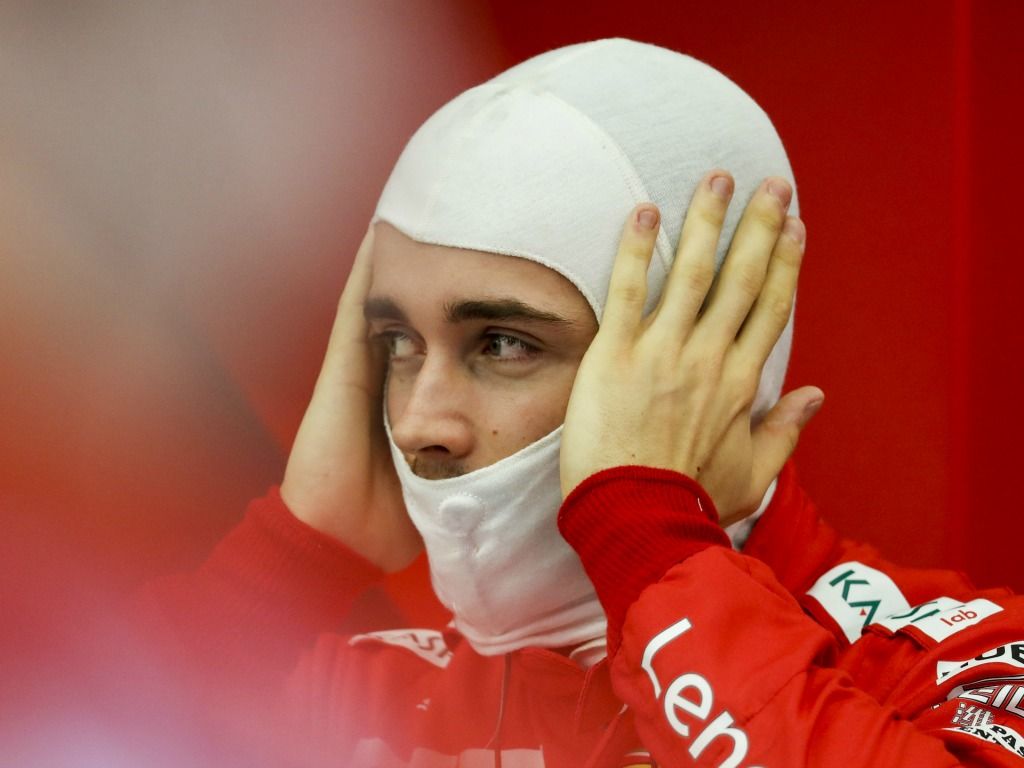 Charles Leclerc was cursing himself after a scruffy Q3 left him starting on the second row behind Sebastian Vettel in China.

Leclerc, who clinched his first pole position in Bahrain in round two, was unable to make it two on the bounce with Mercedes in a league of their own at the Shanghai International Circuit on Saturday.

Instead, Ferrari were left squabbling over second-row positions, with Leclerc coming out second best by 0.017s to his team-mate Vettel who will line up from P3.

The Monaco driver was furious with himself as his shot at third spot on the grid was ruined by self-inflicted errors.

A disappointed @Charles_Leclerc on the team radio after qualifying

"Fuck I did mistakes. Come on Charles. Argh shit."

"Not good enough for me. From my side, not speaking of the car. Car was good. I should have done better."

“Not good enough for me. From my side, not speaking of the car. Car was good. I should have done better.”

“I’m not happy with myself,” he added back in the paddock.

“I did a mistake on the last lap and I should not have done that. Overall, I think there were some positives from my side because FP1, FP2, and FP3 I was quite lost, struggling a little bit, actually quite a lot.

“We did a final change for qualy and it was better. I drove better and the lap time came.

“It’s good, but also disappointing because I think there was potential to do more today.”

Asked if he can bounce back on race day, he replied: “I hope so. We will see how the race runs but it’s going to be very tricky from my side.

“But I will push for the best possible result.”