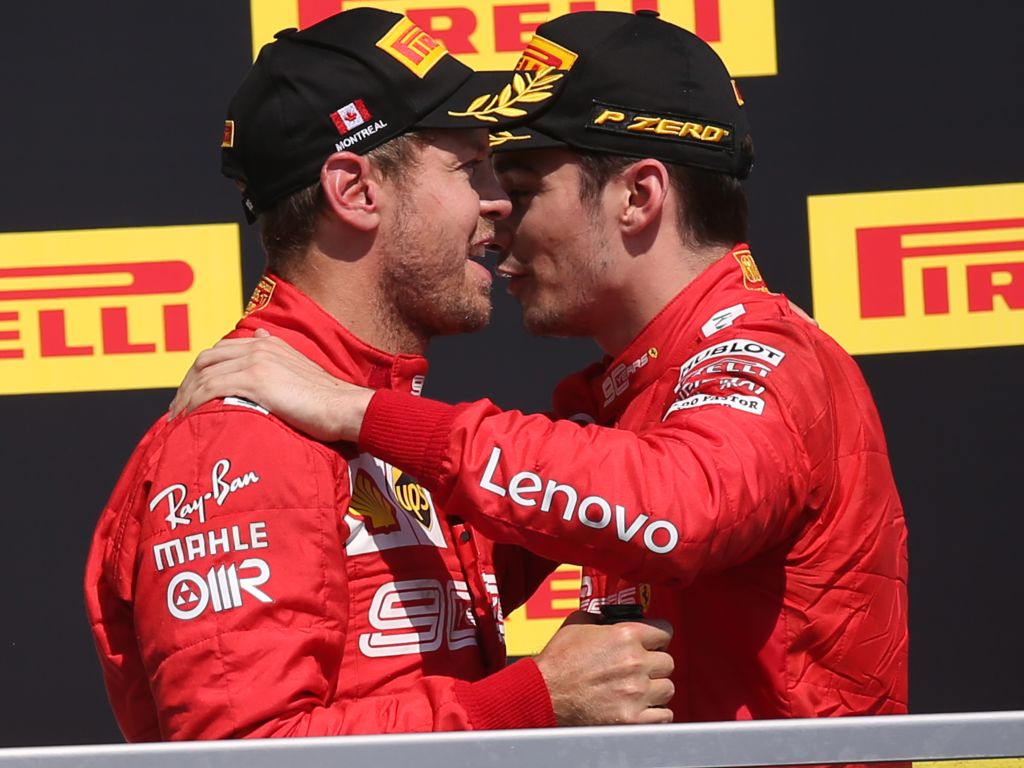 Charles Leclerc also doubts there is any truth whatsoever to claims that Sebastian Vettel is considering retirement from Formula 1.

A fresh wave of speculation hit Vettel after seeing the FIA reject grounds for a Ferrari appeal over his controversial five-second penalty which denied him victory in Canada.

Whilst Vettel still loves driving Formula 1 cars, he has grown increasingly disillusioned about how the sport is ruled and governed.

Vettel has strongly denied all retirement claims coming his way this season and team-mate Leclerc has also seen no indication that Vettel is ready to hang up his race helmet.

“I don’t see him quitting. I can’t speak for him, but he looks more motivated than ever and he works hard to do his best for the team,” Leclerc told German publication, Bild.

“It’s nice to see how he works. I think he’s good dealing with the pressure because there is always pressure after you have won so many titles.

“Even if I beat him, that is no reason for him to stop.”

Following his P2 finish in Austria, Leclerc narrowed the gap to Vettel to 18 points in the World Championship standings.