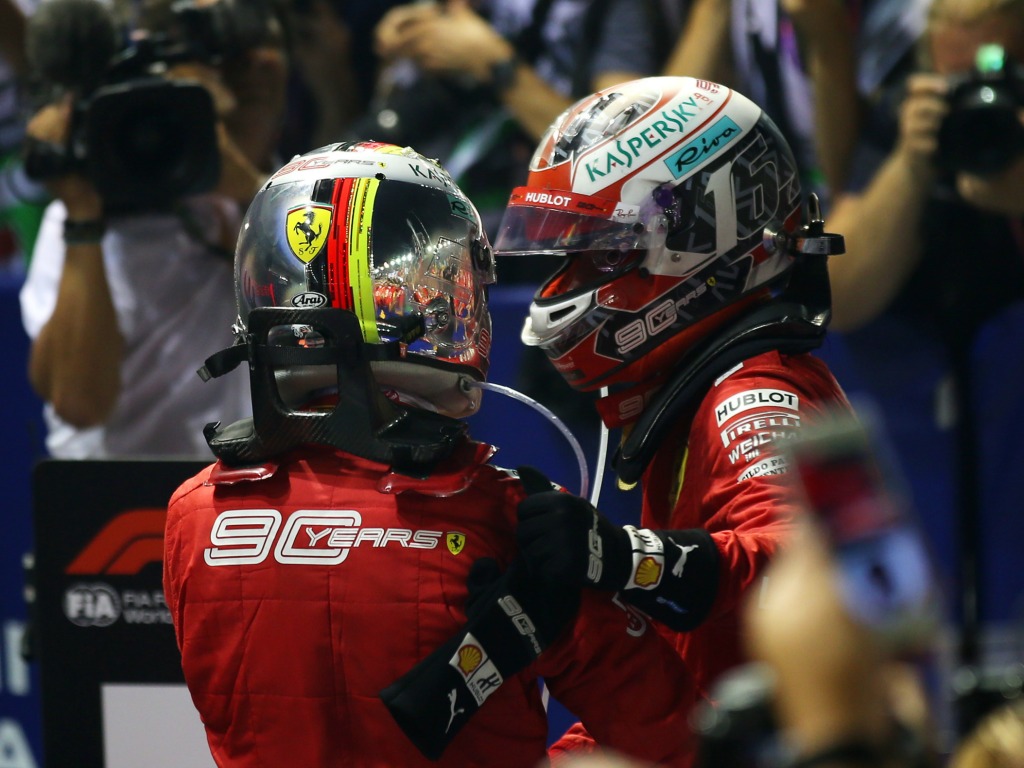 Charles Leclerc is feeling hard done by after he was forced to settle for P2 in Singapore following an undercut by race winner Sebastian Vettel.

Usually we see the race leader get first priority over pit stops but, at the Marina Bay circuit, Ferrari opted to pit Vettel from P3 on Lap 21 and bring in team-mate Leclerc on the following lap.

Vettel had the pace to make the undercut work and, after a scrappy second half of the race which included three Safety Cars, he  was able to bag his first victory since Spa 2018.

Leclerc was very vocal about the strategy decision on team radio:

Leclerc: “My head is down and it will be for the rest of the race but I wanted you to know my feelings.

“To be completely honest with you, I don’t understand the undercut, what’s going on. We’ll discuss after the race.”

Then, just as the one of the Safety Car periods was ending, Leclerc added:

Leclerc: “I want everything, even engine mode…”

Ferrari: “We need to bring the car home, Charles.”

Leclerc had to be content with P2 and conceded after the race it was a tough result to take.

“Obviously it is always difficult to lose a win like that, but in the end it is 1-2 for the team so I am happy for that,” he said.

“It is first 1-2 of the season, and all the guys deserve it. We arrived here hoping for a podium and we come back with a 1-2 so I am happy.

“I am disappointed on my side as anyone will be. Sometimes it goes that way, but I will come back stronger.”

Vettel, meanwhile, confirmed it was the team’s decision, not his, to pit him first and said he was surprised himself to see him come out ahead of Leclerc.