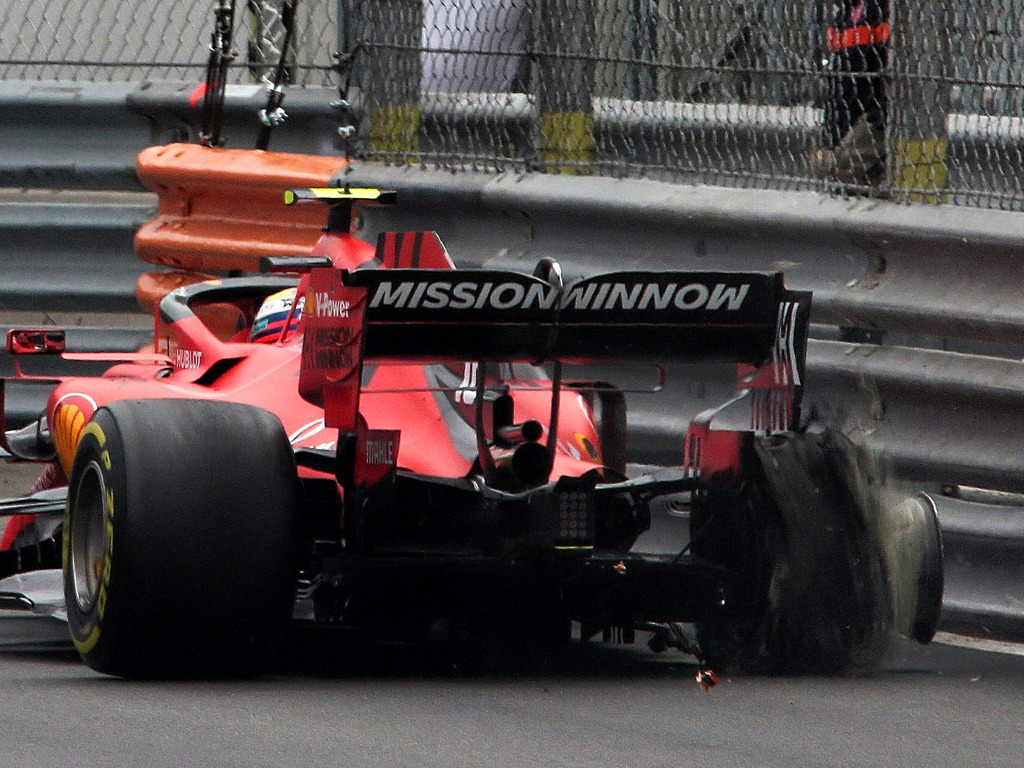 Charles Leclerc believes he had little option but to risk it all in Monaco, and feels Nico Hulkenberg could have given him a bit more space.

Leclerc started his home grand prix 15th on the grid after Ferrari miscalculated the cut-off time for Q1.

He lost out on a Q2 berth by 0.05s, pushed out of qualifying by his own team-mate Sebastian Vettel.

Leclerc tried to salvage his race weekend by attacking at the start, making up positions as he overtook Lando Norris and Romain Grosjean.

The latter was a move into Rascasse and, having closed in on Hulkenberg, he tried the same pass on the Renault driver.

This time it didn’t work as Leclerc spun and punctured both his and Hulkenberg’s tyres.

Leclerc spoke with the German in the aftermath and reckons his rival bears some responsibility for their clash.

He said: “I just said I think it was a racing incident.

“I don’t think he left much space but then I clipped the rear on the wall and I think we touched a little bit, that’s it.

“It was very difficult.

“As I said before the race, I had to take a lot of risks – which we did.

“It was fun at the beginning but unfortunately it ended in disaster.

“That’s the problem with Monaco when you are starting 15th, which is not our real pace position.

“It was difficult to come back.”

Suffering a puncture, the former Sauber driver made his way back to the pits with a flailing tyre that was spewing bits of rubber all over the track while also damaging the floor of Leclerc’s car.

He would later retire as a result of the damage.

“We lost most part of the floor,” he explained.

“I think the engineers didn’t see it because it was on the right side and they were looking at the left side.

“The left side was actually not that damaged but the right side was just completed gone.

“Of course I never give up, but this time it was just not realistic to still go because we lost like I think 75 points.

“To normal people that’s maybe not a number they hear often but it’s like 80% of downforce we have on the car, so it was just undriveable.”