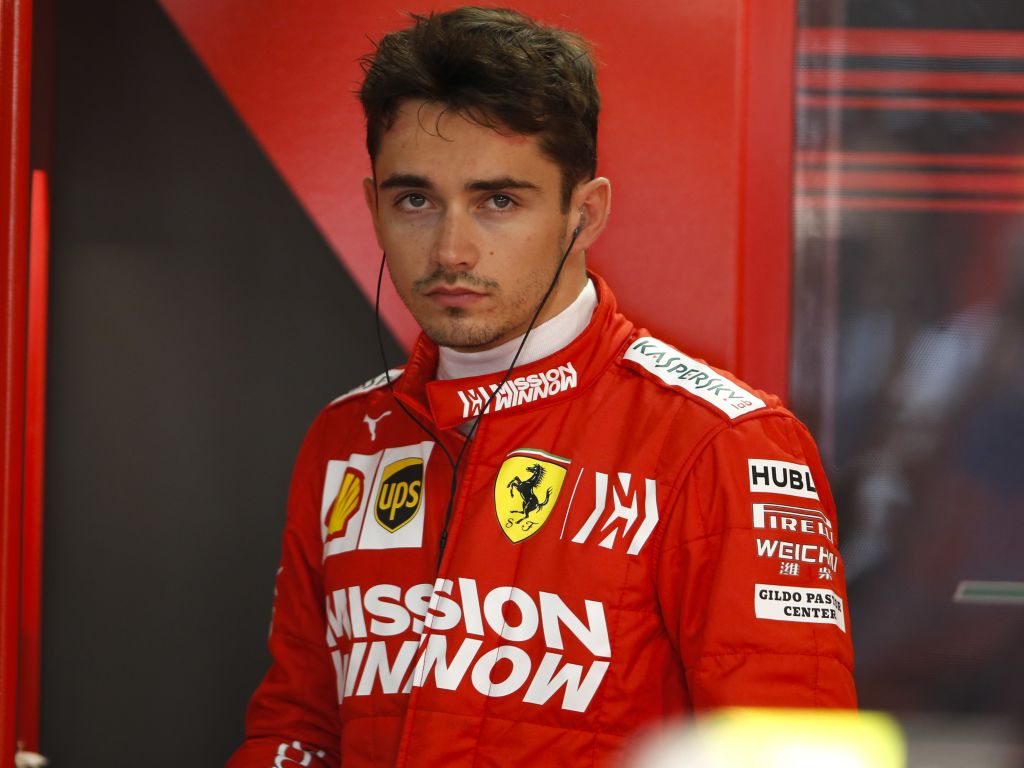 Charles Leclerc has blamed a snap of understeer for his first-lap clash with Max Verstappen at the Japanese Grand Prix.

The Ferrari man went through Turns 1 and 2 alongside Verstappen, but slid into the side of the Red Bull driver.

Leclerc would suffer front wing damage, but Verstappen would spin and fall to the back, before retiring soon after.

The stewards initially said that they weren’t going to investigate the incident, before changing their minds and saying they would look into it after the race.

Verstappen was furious with the stewards for their reaction to the crash, but Leclerc didn’t want to comment before seeing the footage again.

“I understeered being behind Seb and Lewis [Hamilton], and then we touched,” Leclerc told Sky Sports.

“I don’t know what happened in the full situation from outside and this is what I need to look at, but from the car it was just a tricky situation.”

Vettel started on pole but dropped behind Valtteri Bottas after a false start, while Leclerc worked his way back through the pack to finish P6, but the 21-year-old admitted that from the start, Ferrari’s strategy options became limited.

“On my side after the first lap incidents and the race we knew it would be very difficult,” he said.

“I had quite a lot of fun overtaking, but this is not the place I wanted to finish, so it’s disappointing, but strategy wise on our side I don’t think we could have done much better.”

Like Russia Ferrari failed to utilise their pace advantage over Mercedes, and Leclerc knows that they must do “everything better” to challenge the team who at Suzuka ensured a record sixth Drivers’ and Constructors’ title double in a row.

“I think as Mattia [Binotto] mentioned before the weekend it’s pretty clear we need to do everything better to beat Mercedes because they are very strong, especially now in the race,” Leclerc explained.

“So we need to focus on that, today the biggest problem was the start for Seb and myself and this put us on the back foot.”

As for whether he expects to be given a penalty by the stewards, Leclerc said: “I have no idea. As I said I think I need to look at the outside of the car.”

The stewards ultimately decided to give Charles Leclerc two time penalties, the first for causing a collision and the second for refusing to pit when he clearly had a damaged car. It moved him down to P7 in the results with Daniel Ricciardo rising to P6.