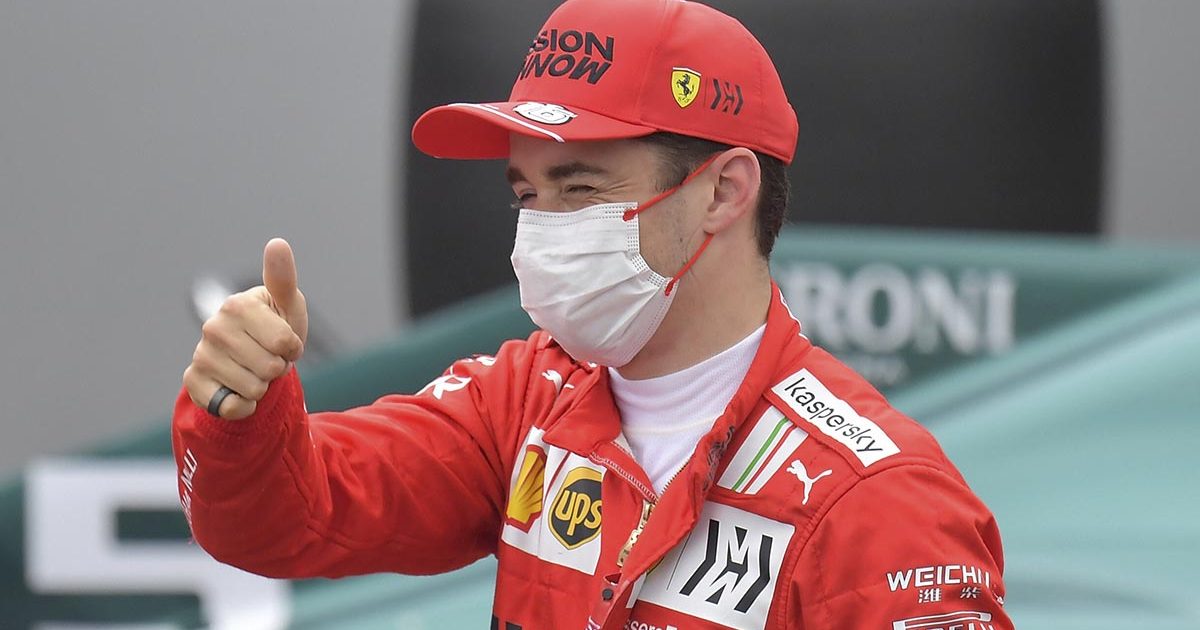 Charles Leclerc will start his home race from pole position after Ferrari gave his gearbox a final all-clear ahead of the Monaco Grand Prix.

There were some very reluctant, muted celebrations from the Monegasque driver after he secured pole position with a crash at the exit of Swimming Pool on his final hot lap in a fascinating Q3 session.

Leclerc, Max Verstappen and Valtteri Bottas were all in contention to bag the highly coveted P1 spot on the streets of Monte Carlo, but the timing of Leclerc’s crash meant there was no time left for the drivers to head back out and go again for a final attempt.

Leclerc’s reluctance to celebrate stemmed from widespread concern in the Ferrari camp that his race gearbox would be too damaged as a result of the impact and would need to be changed. That would have resulted in a grid penalty.

Ferrari’s first check, though, on Saturday evening, gave Leclerc some hope as they found no “serious damage” to the gearbox, but did state a final check would take place on Sunday morning ahead of lights out.

With around three hours to go, Ferrari gave the Tifosi the news they had all been waiting for.

They stated: “Following further in depth checks this morning, no apparent defects were found on Charles Leclerc’s gearbox, therefore the Monegasque driver will start today’s race from pole position, as per the qualifying result.”

Leclerc, meanwhile, was delighted about the news after a sleepless night at home.

“It was difficult yesterday night to sleep well, obviously I had that in my mind I was quite scared about the gearbox. But we had the good news this morning that it’s all fine and I’m happy.”

A thumbs up from Ferrari.

Charles Leclerc WILL start the #MonacoGP🇲🇨 from pole position after his gearbox was given a final all-clear. #F1 pic.twitter.com/KfFBTUG7wT

There was a suggestion from some that Leclerc crashed deliberately in qualifying to ensure he started the race from pole position and that has prompted Mercedes boss, Toto Wolff, to support the idea that a driver’s fastest lap should be deleted if he does indeed crash out afterwards.

For the record, Wolff also said he did not feel Leclerc’s crash was deliberate due to the high impact nature of it and that his support of the potential new ruling was because it would then eliminate all doubt in these particular circumstances.