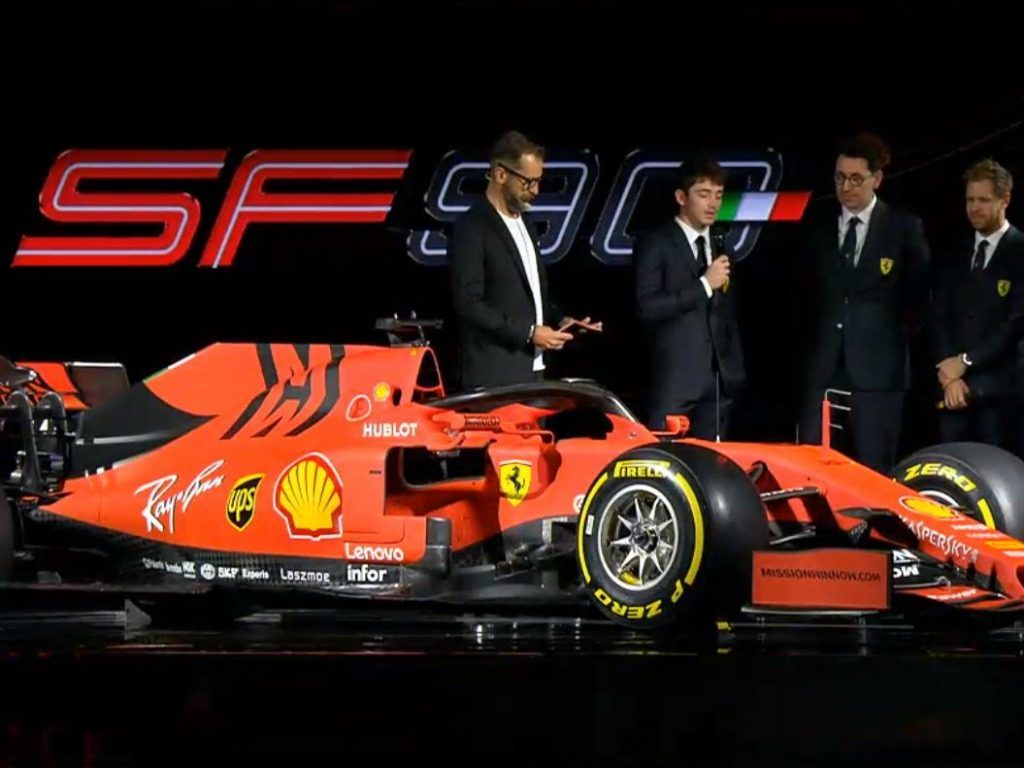 Charles Leclerc insists he is “not” nervous about taking on the challenge that is Sebastian Vettel, saying he hopes to learn from his new team-mate.

This season Leclerc is stepping up to a Ferrari race seat, the youngest driver in over three decades to line up in red.

It is a momentous occasion for the 21-year-old, who was on hand to unveil new SF90 at Maranello on Friday.

Asked whether he was nervous about having a “four-time World Champion” like Vettel as his team-mate, Leclerc gave an honest reply.

“I think it’s more of an opportunity for me to be next to Sebastian, who is such a champion.

“I can definitely learn a lot from him so I see it more as an opportunity.

“I’m pretty sure it will be an amazing season.

“The key will be to work all together but I’m sure we’ll make it.”

Leclerc’s promotion comes on the back of an incredible campaign with Sauber in 2018.

Last year the Monaco driver, who cut his teeth with the Ferrari driver academy, scored 39 points with a best result of P6 at the Azerbaijan Grand Prix.

He added: “I’m extremely excited to start this new adventure.

“Obviously it has been a dream since childhood.

“I’m always looking at the red car, hoping to one day be in it.

“It is a very emotional day for me.

“I’ve been part of the Ferrari driver academy for some years now which has helped me massively to develop as a driver with the final goal of one day having this seat.

“Now it is happening so it is a very proud day for me today and I’m extremely excited to start this new adventure.”