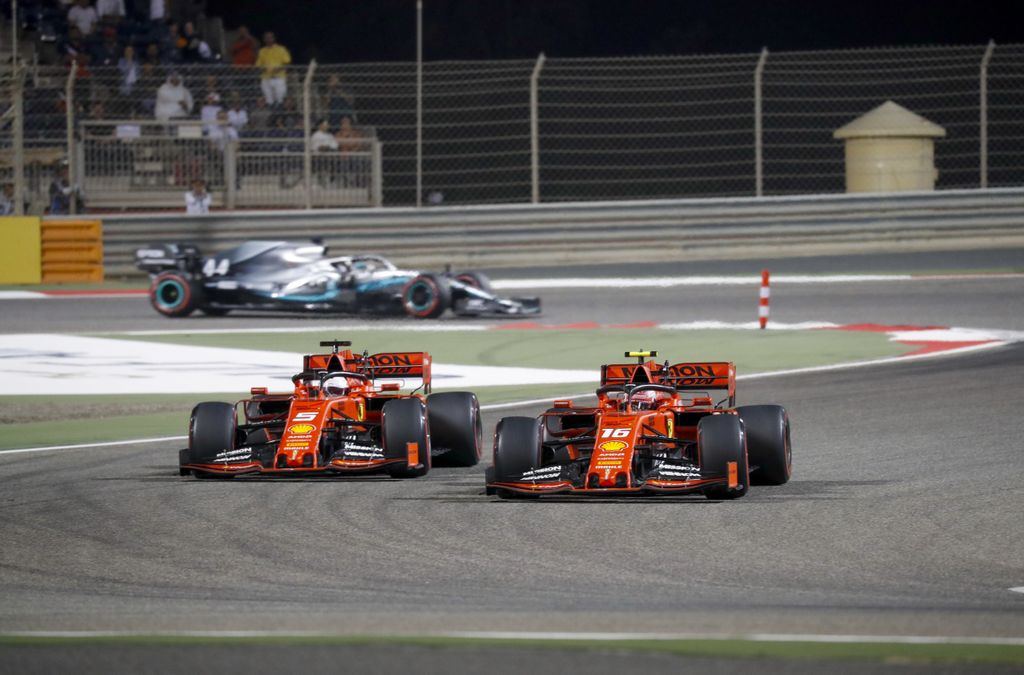 Charles Leclerc has billed his overtake on Sebastian Vettel in Bahrain as a “tricky situation”, after all taking out his team-mate would not have been a good move.

The Ferrari rookie started Sunday’s grand prix from pole position but lost out to Vettel as he became bogged down.

He was then overtaken by Valtteri Bottas.

But finding his feet, and his pace, he chased down first the Mercedes driver and then his team-mate for the lead, catching him after just a few laps.

While initially Leclerc trailed Vettel, he used DRS to storm through on the German to lead his first grand prix.

“It’s always a tricky situation when you get to fight your team-mate because the risks are very high and, as in every team, they warn you before the race: OK, you can try things on different people, but with your team-mate, please be careful – which is something normal,” Leclerc told F1i.com

“It’s always obviously that something more.

“I had the opportunity and I didn’t hesitate, I just sent for it. I was happy it was successful the first time I tried, especially after the bad start. So yeah, happy with how it ended up.”

However, Leclerc may have dodge team orders in passing Vettel.

Having caught his team-mate, he told Ferrari “guys, I’m quicker” but was told to hold station.

He did, but only briefly.

“I was just letting them know,” he explained.

“I think I had an answer, ‘okay, stay like this for two laps’ but then on the next straight I had the opportunity to go for it, so I went for it and it was a successful pass and then I was just quicker, so then I did my race.”

Unfortunately for Leclerc it all ended in tears as an engine issue late in the grand prix meant he limped home in third place.

It was, however, his first-ever F1 podium.