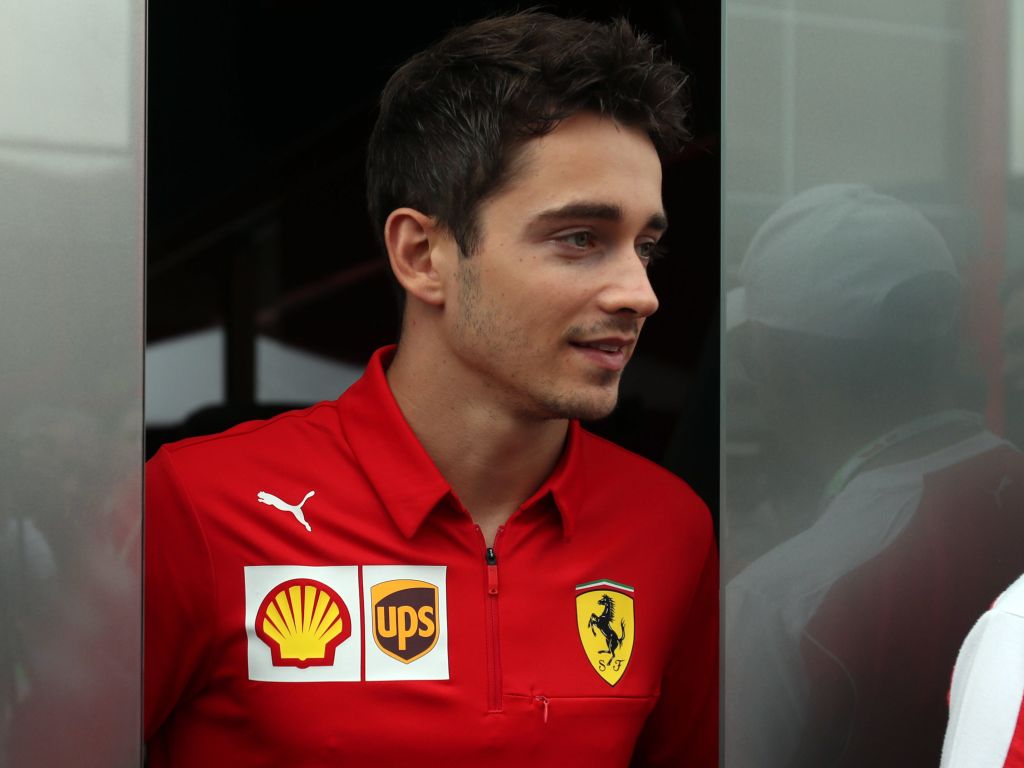 Charles Leclerc predicts a “fun race” as he looks to lead the Ferrari revival after a dismal qualifying at the German Grand Prix.

Team-mate Sebastian Vettel was struck down by a turbo issue before setting a time in Q1, leaving him to start the race from the back of the grid.

It appeared Leclerc would be the man to deliver on the pace shown by Ferrari after they topped all three practice sessions, but he failed to set a time in the top-ten shootout following a fuel system issue.

Set to start the race P10, Leclerc expressed his sympathy for the team, but he is determined to “make everyone smile again” in the race by leading the Scuderia’s charge back up the order.

“I feel for the whole team,” Leclerc told reporters at the Hockenheimring.

“But the points are scored on a Sunday and I will give absolutely everything to make everyone smile again tomorrow. It is going to be a fun race.

“We will try to understand what happened to not reproduce it. It is a difficult day for the team and I hope it will be a very positive day tomorrow.

I feel for the whole team. But the points are scored on a Sunday and I will give absolutely everything to make everyone smile again tomorrow. It is going to be a fun race 😬
📸: @KymIllman pic.twitter.com/20Pp7FpcFk

Leclerc progressed through Q1 and Q2 with ease, and he confirmed that he was feeling “great” in the SF90.

“I felt great in the car and the car felt great. Today and all weekend. It is a shame it ends up like this,” he explained.