Home News Leclerc: ‘The tactic was me giving the slipstream’ 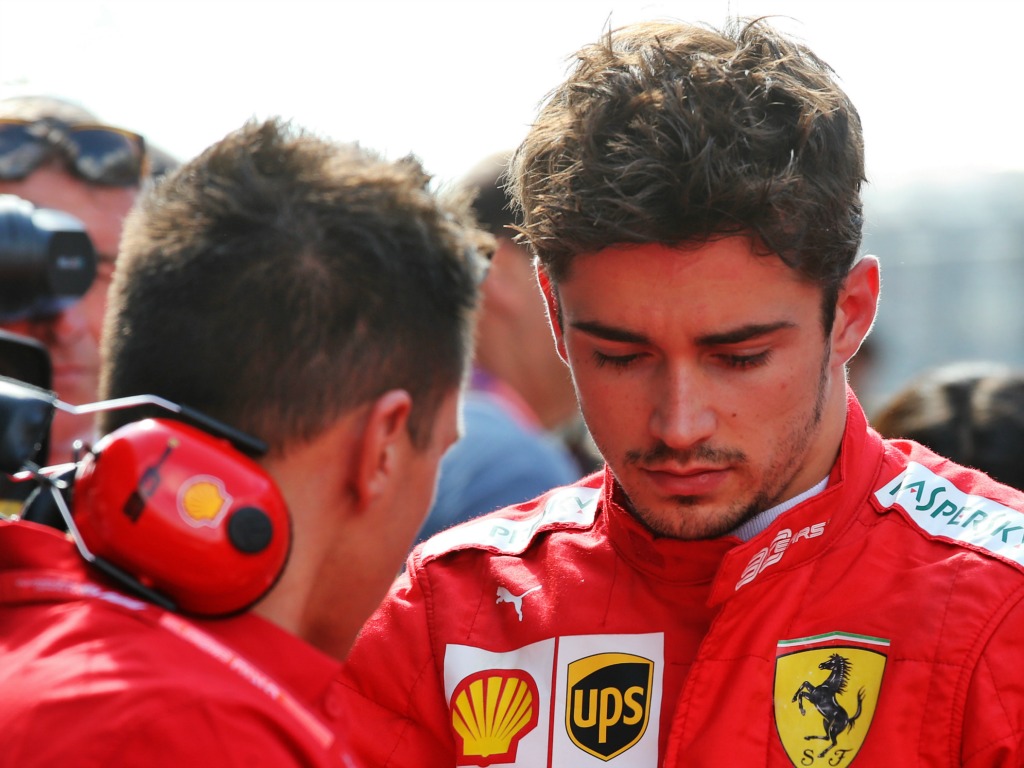 Charles Leclerc said there was a pre-arranged tactic for him to give Sebastian Vettel a tow down to Turn 2 at the Russian Grand Prix.

Vettel, who started from P3, found a way past Lewis Hamilton and team-mate Leclerc at the start, so all seemed to be going to plan.

However, Vettel refused to give the place back on track and opened up a lead on Leclerc, who once again questioned what was going on via team radio.

An extended first stint for Vettel allowed Leclerc to take back P1, but the true impact of the Ferrari tactics was prevented by Vettel having to retire with a MGU-K problem straight after his stop.

Leclerc, who had to settle for P3, behind Lewis Hamilton and Valtteri Bottas, said there was a clear plan in place for the two Ferrari drivers.

“I will always trust the team,” Leclerc said in the immediate post-race interview at Sochi.

“But the tactic was me giving the slipstream to be one-two at the end of the straight, which happened but then I… I don’t know. I need to speak to the team to know the situation better.”

After Ferrari’s winning streak since the summer break came to an end, Leclerc tried to look at the positives.

He added: “At least we are quite consistent It’s good to be back on the podium – a shame for the team to not have the second car up here.

“On our side an OK race, Mercedes are still very quick on the race runs, a lot quicker compared to qualifying.”