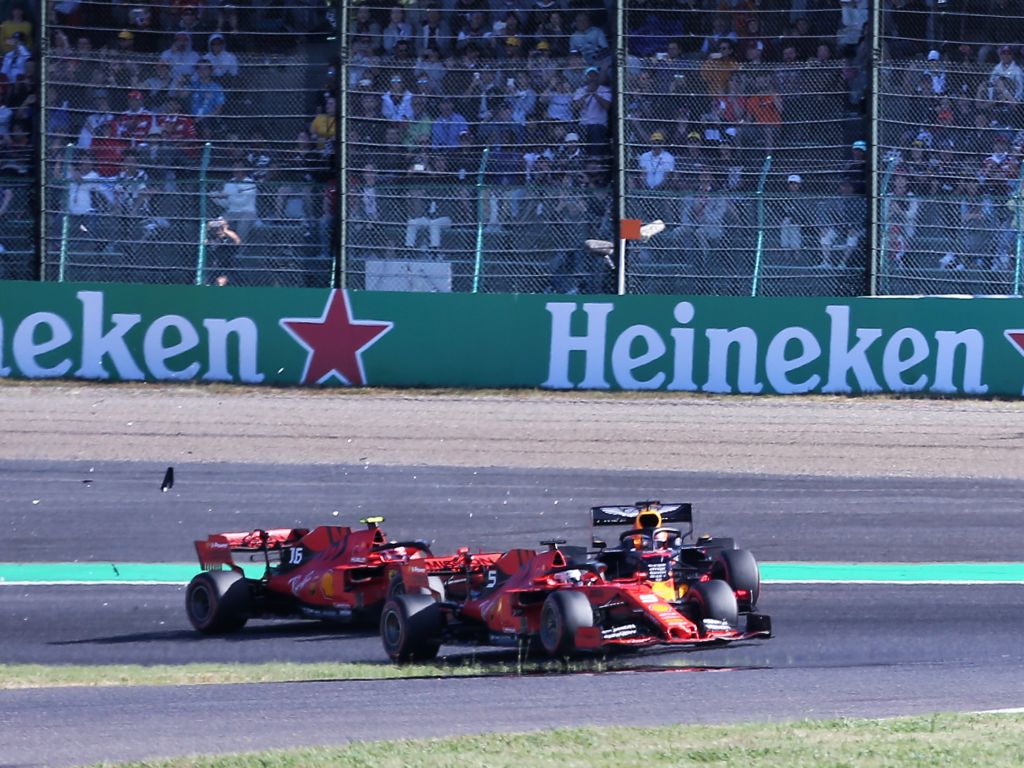 Ferrari’s Charles Leclerc has accepted full responsibility for his incident with Max Verstappen at the Japanese Grand Prix.

Like his team-mate Sebastian Vettel, it wasn’t the best of starts for Leclerc as he went through Turns 1 and 2 battling with the Red Bull of Verstappen over P4.

But, the 21-year-old would veer into the side of Verstappen, sending the Dutchman into a spin while Leclerc suffered front-wing damage.

Verstappen would be forced to retire from the race on Lap 15, while Leclerc received a five-second time penalty for causing the collision, one which he accepts was his fault.

“I had a poor start. I got a little bit distracted, I saw Seb moving a little bit [when poleman Vettel jumped forward before the lights went out] and then my reaction time was very poor,” he told Autosport.com.

“The start was not so bad but the reaction was very poor.

“And with Max I just did a mistake, clearly. I was on the inside and being behind Seb and Lewis I lost the front a little bit.

“Normally you need to anticipate those things and I didn’t.

Leclerc would continue with the damage after the incident despite FIA orders for Ferrari to pit him. A ten-second time penalty would come his way for that, as well as a €25,000 fine for Ferrari.

The incident was also significant as it meant both Leclerc and Verstappen were mathematically eliminated from the 2019 title race.