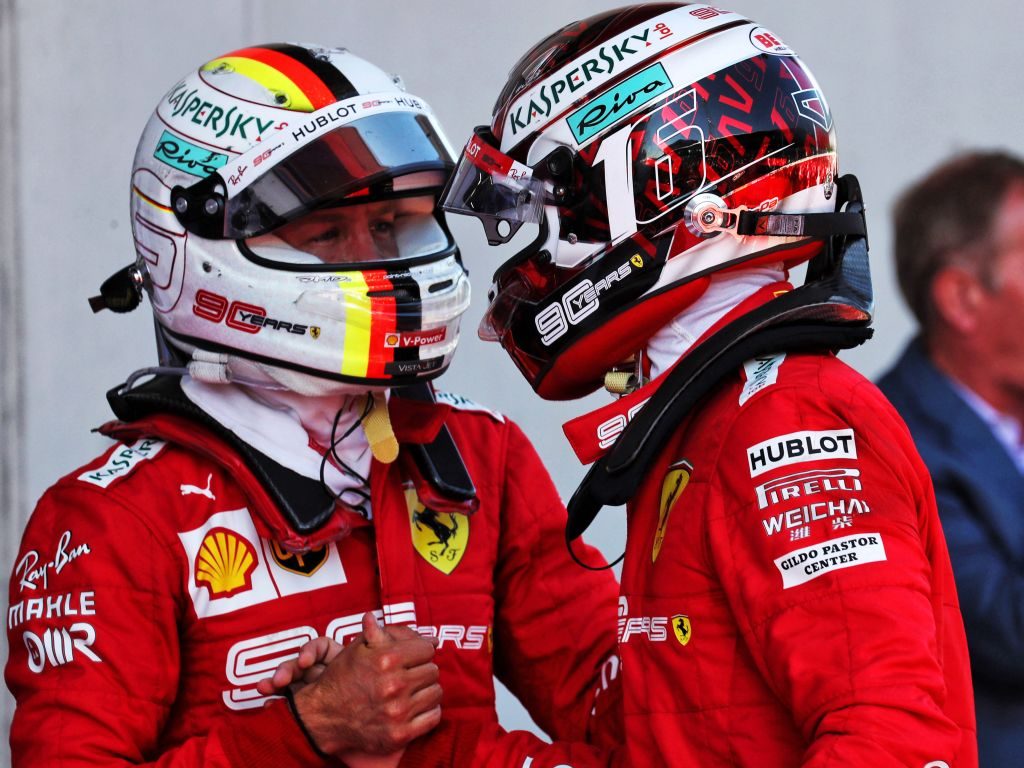 Leclerc put his own shaky start to life at Ferrari behind him to become the team’s form driver, while four-time World Champion Vettel struggled for performance in an error-prone first part of 2019.

Vettel put it down to a struggle to get to grips with his SF90, but in the later rounds of the season he would begin to find form, claiming his only win of 2019 in Singapore.

Vettel would ultimately win the race head-to-head with Leclerc 12-9, and Binotto believes the Monegasque driver was Vettel’s “benchmark” to get the best out of his Ferrari.

“Sebastian lacked confidence in his car. It was unstable in the rear, especially when braking,” Binotto told Auto Motor und Sport.

“If you lack confidence, you can not drive at the limit. The more downforce we found, the more that confidence returned to Sebastian.

“His lap times got better and Charles was a good benchmark for him. That also pushed him further.

“What I liked about Sebastian was that he stayed calm, worked his way through the issue, and understood what he had to do to improve himself and the car.”

Binotto wasn’t comfortable with the suggestion though that Vettel had been overdriving the car.

“Seb has experience and is very analytical. He tries to understand things,” he said.

“But once you’re in the car, you want to do your best. It does not affect your driving style.”