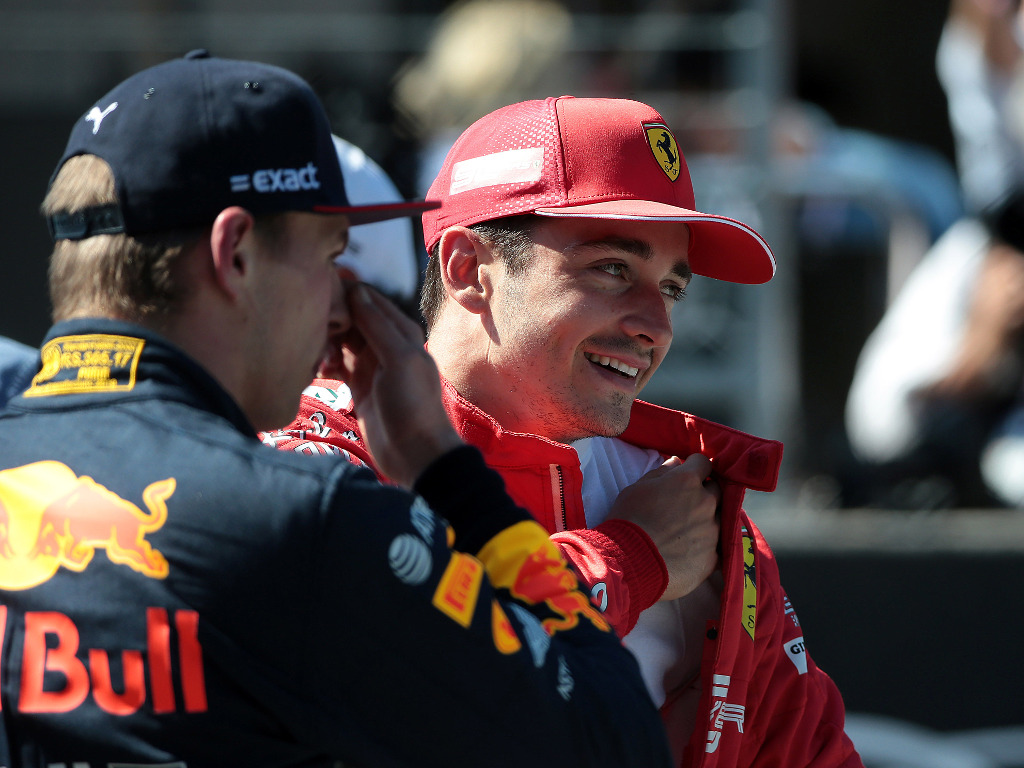 Charles Leclerc says he and Max Verstappen would not speak to one another as children but has rubbished claims that they have a poor relationship today.

Verstappen denied Leclerc a victory at this year’s Austrian Grand Prix, overtaking the Ferrari driver on the penultimate lap.

It was a robust move from the Red Bull man, resulting in the two banging wheels and Leclerc being punted off the track.

But while the Monégasque driver was not impressed at the time, two weeks later he was again racing Verstappen – this time with his own elbows out.

Asked in an wide-ranging interview with Corriere della Sera if the two “can’t stand” each other, Leclerc replied: “No.

“As children we wouldn’t even say goodbye to each other because we confused the driver with the persona, we were immature.

“Now we no longer mix the two, fortunately.”

Austria, though, was not the only time this season that Leclerc was denied a win.

He was on track for P1 at the Bahrain Grand Prix before his Ferrari engine dropped a cylinder and he fell to third.

Asked which of the two hurt the most, he said: “In Austria Max had more, and I struggled to keep up with him.

“In Bahrain, it was a bit difficult to accept, but in the end, as I have been driving since I was three, I immediately turned the page.

“In this sport you always go to the limit, it is normal that you can break something.

“You know this risk exists, otherwise, you stay at home.”

Leclerc, though, has also cost himself points at times, making mistakes such as his Baku qualifying crash and his DNF at the German GP.

“I am hard on myself,” he said when asked if the mistakes weigh on him.

“Not only the one in Germany where I crashed in the wet, even in Baku I made a mistake and I felt it so much.

“It always happens like this when it’s my fault.”