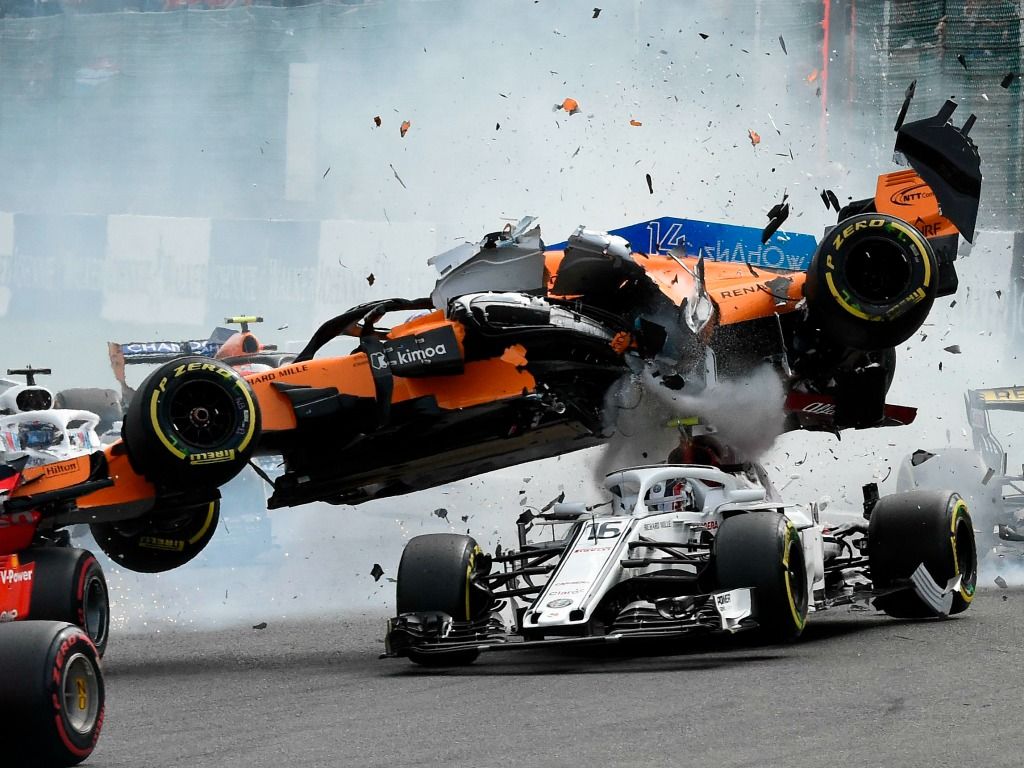 Charles Leclerc has admitted that his halo does not look good after Fernando Alonso flew across it on the first lap of the Belgian Grand Prix.

The Spaniard was sent airborne after being rear-ended by Nico Hulkenberg on the run down to Turn 1, and the McLaren man hit the halo of Leclerc’s Sauber on the way down.

The Monegasque driver, and current F2 champion, said that he felt his luck was in after seeing the damage to his C37.

“I don’t know how it would have ended up without but looking at it, I’m happy it was there,” Leclerc said after the incident.

“I’ve been lucky on this one. Looking at the halo, it’s not looking good.”

Nico Hulkenberg was given a ten-place grid penalty for causing the incident, but Leclerc was “not angry” with the German driver for what happened.

“Nico is not a driver that has a past and you can see it’s not deliberate what he did,” Leclerc said of the Renault driver.

“I don’t think [a ban is right] for this type of mistake.

“If something is deliberate and dangerous than a ban should occur but not in this situation.”

Leclerc has now failed to score in the last four races, and remains in P15 in the standings, with 13 points in 13 races in 2018.