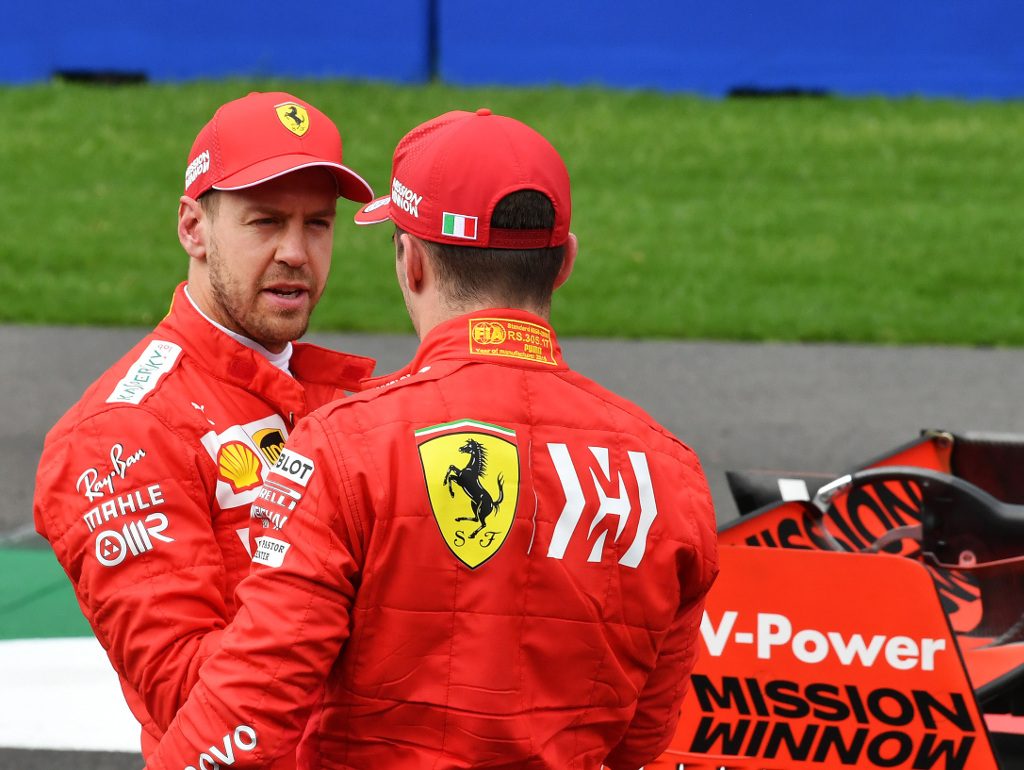 2019 may have been Charles Leclerc’s first season at Ferrari but Mattia Binotto reckons he put four-time World Champion Sebastian Vettel “under a lot of pressure”.

After years of being number one to Kimi Raikkonen, Vettel’s position at Ferrari came under threat this season.

Leclerc claimed two race wins to the German’s one and took the pole position award for this season with seven, the most of any driver.

He also beat Vettel in the Drivers’ standings, outscoring him four points.

“[Sebastian] has been uncomfortable with the car at the start of the season, certainly with the braking instability,” Binotto explained to Formula1.com.

“The challenge for him has been [having] a good benchmark as well, because having such a fast team-mate gave him some headache” and he was “under a lot of pressure”.

Binotto, though, feels he “reacted very well in the second half”, adding that “[Leclerc] was coping a bit better with the type of issues [with the car] because of his driving style.”

As for Leclerc, the Ferrari team boss was full of praise for the Monégasque driver and his “leadership” at Ferrari.

“His season has been outstanding for what he achieved in the first year [at Ferrari],” said the Italian.

“We should not only look at the speed on track but the way he’s interacting with the engineers, his leadership of the team.”