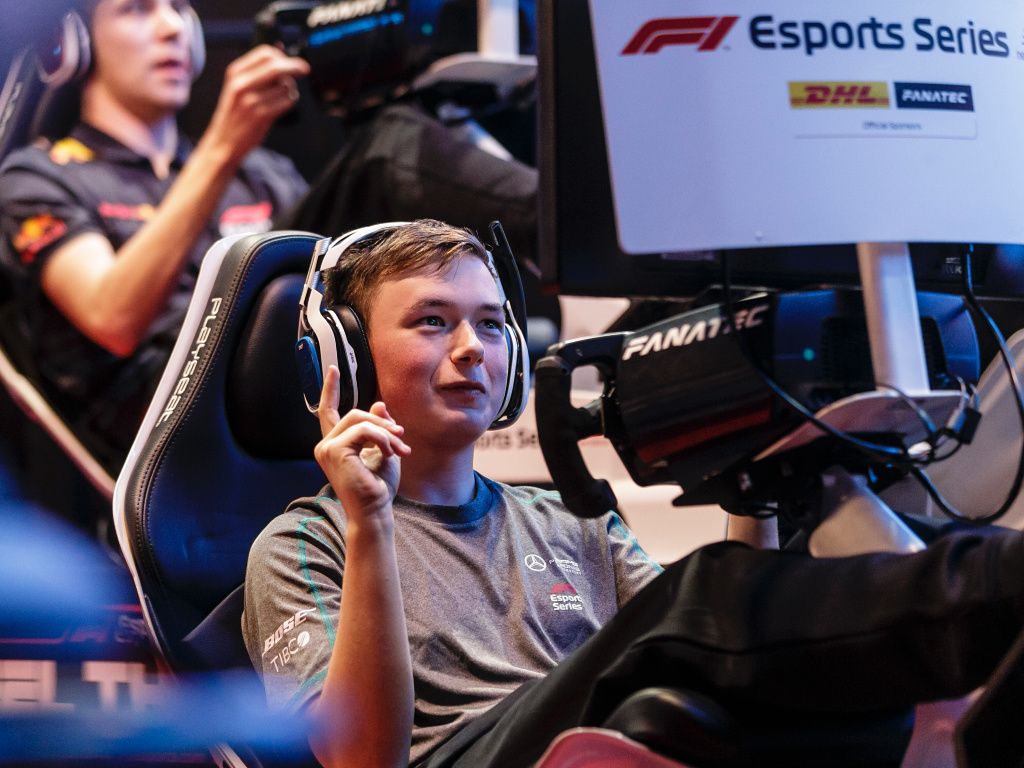 The young Brit secured victories in both the Singapore and United States races to take the title with a race to spare.

Mercedes also wrapped up the Constructors’ crown, and the $50,000 prize pot for the teams title, with ease ahead of the Toro Rosso crew.

Brendon Leigh came into the grand final with a 41 point lead over Toro Rosso’s Frederik Rasmussen.

The Brit, and 2017 Champion, came into the final four races of the Championship knowing that he was the favourite to retain his crown.

The four races were ran over the past two days, with the Hockenheim and Singapore races on Friday, and COTA and Yas Marina on Saturday evening.

Leigh’s chances of consecutive titles grew even further, as Frederik Rasmussen did not take part in the Friday running.

He consolidated his lead at the top of the table in the first of the four races, held at the Hockenheimring.

Leigh finished in P2 behind Sauber’s Salih Saltunc, who took his first victory of the series.

Race 8 of the season was in Marina Bay, and Leigh took the victory to inch towards a second straight Championship.

The Williams of Alvaro Carreton and Marcel Kiefer’s Force India finished on the podium in Singapore, with Leigh’s Mercedes team-mate Daniel Bereznay finishing in fourth.

After the first day’s racing in the grand final, Leigh had a 73-point lead over his Silver Arrows partner.

With double points on offer in the season final in Abu Dhabi, a la the 2014 showdown between Rosberg and Hamilton, there were still 75 points available.

Therefore, the young Brit knew that a P9 finish in either race would give him the title, thanks to his five wins in the opening eight races.

Leigh started on pole position in Austin and went on to win the United States event to take the Championship in 2018.

Team-mate Bereznay finished in P2, but it was not enough to stop the Brit from retaining his title before the Abu Dhabi season finale.

After the race in COTA, Leigh thanked the Mercedes crew for the work that had been put in, and admitted that he might not have this feeling again.

“I want to say thank you to the team,” Leigh said.

“So much hard work [has gone on] behind the scenes, my team-mate [Daniel Bereznay] right next to me, we have been putting in so many hours of practice to make this possible.

“I think those last few laps I was just enjoying it.

“Those moments, you maybe never get again in your life so I spent those last laps enjoying it, and… Not relaxing, because you can never relax but driving within myself and enjoying the moment.”

In those last laps, the Brit admitted that he had a few tears in his eyes as he realised what he was in the process of achieving.

“I was crying on the last lap so no tears after the race, I ran out,” he added.

“I can’t really say where my head is at because I don’t know where it is to be honest. I am just so overwhelmed by emotion.”

Despite the 28-point spread, all four teams had the chance of finishing P3 thanks to the double points finish under the lights at Yas Marina.

Frederik Rasmussen started on pole, but was immediately jumped by Brendon Leigh in the first corner.

Leigh held the lead until the last few laps, as the Dane slowly caught up to the Mercedes in the second stint.

The pair went side-by-side for the majority of Laps 25 and 26 (out of 28), allowing the second Mercedes of Bereznay to catch up.

Bereznay eventually took the lead as Rasmussen and Leigh battled, with the Brit getting a three-second time penalty.

That allowed Bono Huis to bring his McLaren up to P2, and their first podium of the season, with Rasmussen finishing in P3.

The penalty knocked Brendon Leigh down to P5, but it mattered little, as both he and Mercedes had already claimed the titles.