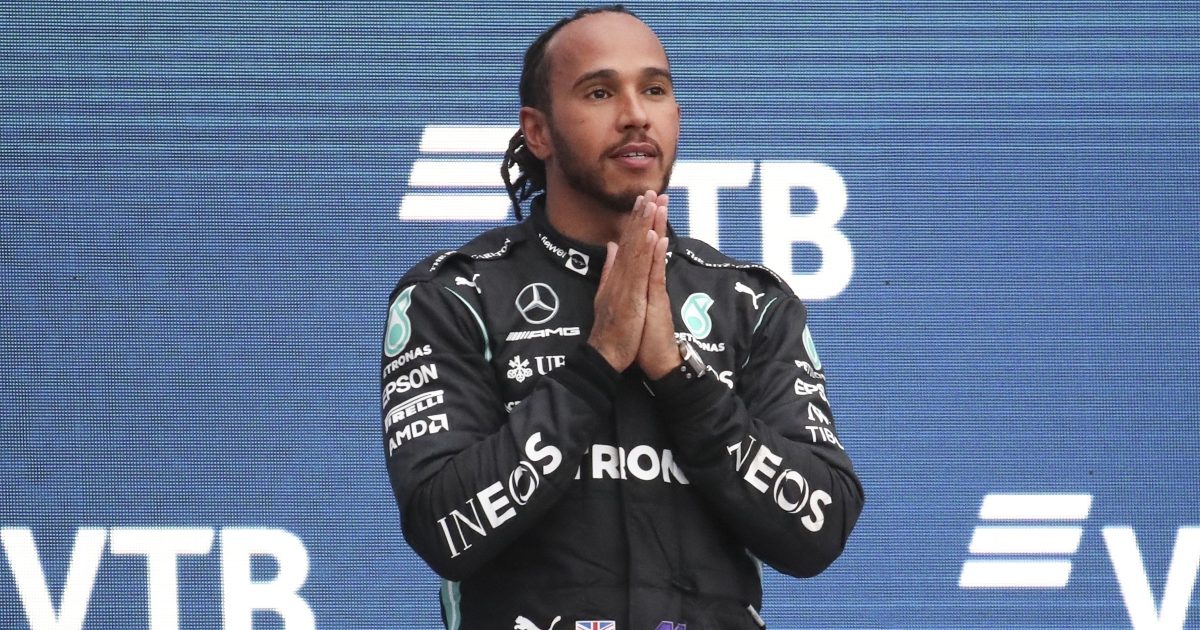 Lewis Hamilton says reaching 100 wins is a “magical moment”, especially given the calibre of drivers he’s up against.

The Mercedes driver became the first man in the history of the sport to reach a century of career wins, taking the lead from Lando Norris during the late chaos at the Russian Grand Prix.

It’s a number that only Michael Schumacher has come remotely close to, winning 91 times himself, and one that isn’t likely to be reached by another for a long time.

Speaking about the achievement afterwards, the Brit said that it was “magical” and also paid tribute to his rivals as well as his team.

“I could only ever have dreamed of still being here and having this opportunity to win these races and get to drive against such phenomenal talent this late in my career and to continue to build with Mercedes, of which I’m so proud of everything we’ve done, not only on track but also off and yeah, this is just a special moment for everyone that has been a part of it.

“I’ve had the most incredible team. Back home in my little personal team at Project 44 and then obviously you’ve got Angela, you’ve got Ellen, you’ve got Omar my driver, you’ve got Lloyd who’s here with me, my security.

“Honestly there are too many to name, but ones that have been with me since 18 years. Just forever grateful to them for their continued support and belief in me.

Today we won our 100th race! Words can’t describe how it feels to make history with this team of hardworking, driven and passionate human beings. We must keep fighting, keep rising. We’ve got a championship to win #LH100 pic.twitter.com/e2oQHVAVDi

Hamilton also singled out his father, Anthony, who has been present at a huge number of races the seven-time World Champion has won, both in F1 and in junior categories.

“To my parents also. My dad… Even just last night, just the same as the first race I had or the first championship I fought in when I was eight, my dad messaging or called me last night,” he added.

“And he has always been that one reassuring me and continuing to support me, so yeah. And as I said, there were moments where you didn’t even know that if it was going to happen.

“So, I feel incredibly grateful for the amazing support I have had. Especially to Team LH. Team LH Russia and all over the world they have been absolutely magical for so long. I couldn’t have done it without them.”