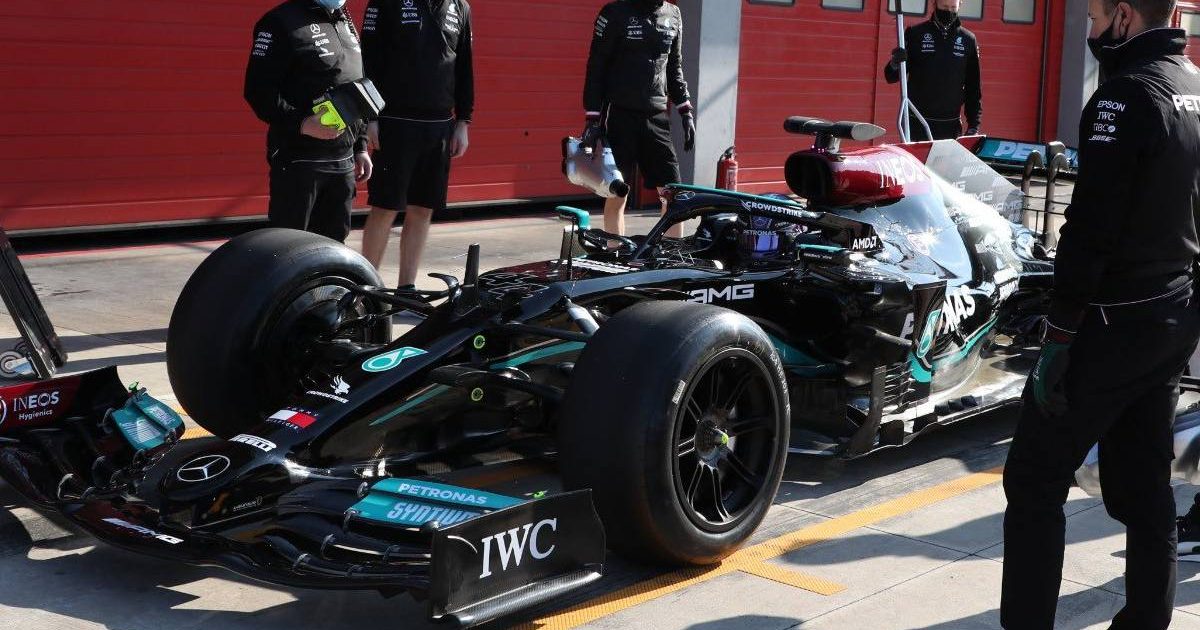 Sir Lewis Hamilton was the latest driver to sample the 18-inch Pirelli tyres, set to be introduced with the new cars in 2022.

Pirelli have been given 30 days across 2021 to work with the teams on testing these new compounds that will replace the current 13-inch specifications.

Originally they were scheduled to be introduced for the start of the current season, but the delaying of the new cars until 2022 meant the 18-inch rubber was pushed back with them.

Ferrari were the first team to experience the 18-inch tyres back in February during a test at Jerez, while the Scuderia were then on duty again for Pirelli in Bahrain where they were joined by Alpine.

@LewisHamilton takes to the @autodromoimola track for his first taste of 2022 #Fit4F1 18-inch tyres! It’s a sunny day with 17 degrees centigrade ambient temperature, and 22 degrees on track. @MercedesAMGF1 @F1 pic.twitter.com/zZBiLZ0ZsG

And now Mercedes can be added to the list as Hamilton rolled out onto the Imola circuit on Tuesday for his first laps with the 18-inch tyres. The teams have been permitted by the FIA to use their 2021 challengers, adapted to run the bigger compounds.

The seven-time World Champion completed 55 laps during his morning stint before returning to the track in the afternoon after a well-earned lunch break.

Thanks to @LewisHamilton for some great feedback after a busy day of testing 2022 #Fit4F1 18-inch tyres at @autodromoImola with @MercedesAMGF1: 130 laps completed in total today. @F1 pic.twitter.com/neGtORYlAc

By the end of the day, the Briton had provided Pirelli with 130 laps-worth of new data.

Hamilton will hand over testing duties to team-mate Valtteri Bottas on Wednesday.

The Emilia Romagna Grand Prix took place at Imola over the past weekend, and it was a race of mixed fortunes for both Mercedes drivers.

Hamilton started from pole but lost the race lead to Max Verstappen at the start. Just as he was beginning to close back in on the Dutchman though, Hamilton would come unstuck on a wet patch of track and slid into the gravel while trying to lap George Russell.

Bottas was soon after involved in a major collision with Russell on the approach to Tamburello, eliminating both from the race and bringing out the red flags, which ironically helped Hamilton to remain in the points in P9.

Once the race got going again, Hamilton was able to work his way through the pack, ultimately cracking the brave defence of Lando Norris to take P2, while a bonus point for setting the fastest lap of the race meant that Hamilton retained the lead of the Drivers’ Championship by one point over Verstappen.