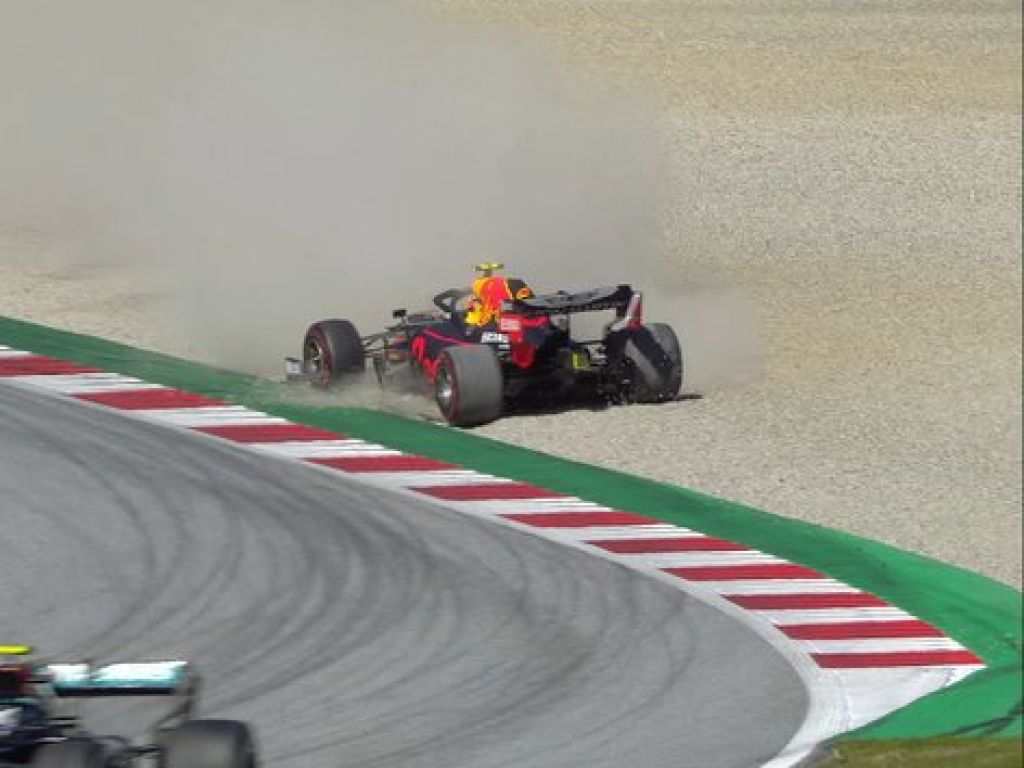 Just like in Brazil lasy year, Alex Albon’s hopes of a first podium were ended after contact with Lewis Hamilton.

The Safety Car had returned to the pits following Kimi Raikkonen’s retirement, and Albon went about taking P2 away from Hamilton.

Both Mercedes were struggling with gearbox sensor issues and were told to stay off the kerbs.

And using DRS Albon had a run on Hamilton down into Turn 4, shades of the classic Brazilian Grand Prix of last year.

Based on Hamilton's reaction, he's not at fault for the incident with Albon. #F1 | #AustrianGP pic.twitter.com/rNdZnXsvY4

But just like what happened at Interlagos back in November, Hamilton and Albon collided with the Red Bull man sent into the gravel and to the back of the pack, once again ending his hopes of a first podium finish.

Hamilton accepted blame for the first incident in Brazil, and the stewards announced that episode two was under investigation.

And it didn’t take long for the Briton to be handed his second penalty of the day, a five-second time penalty.