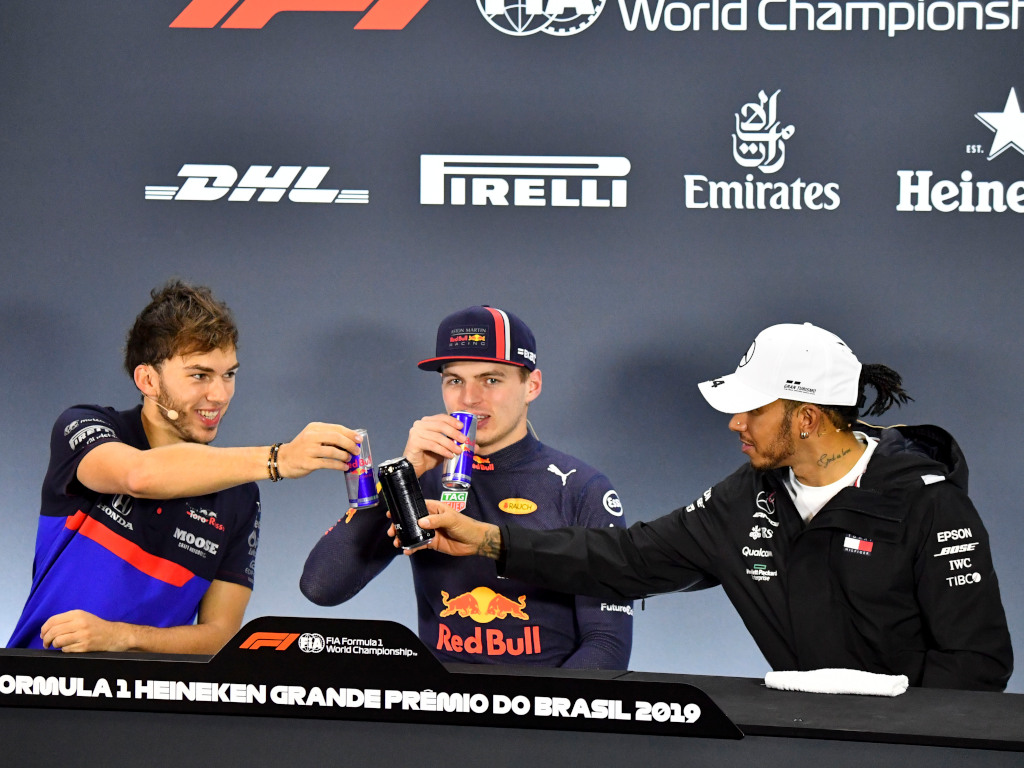 There was high praise for Pierre Gasly after he claimed his maiden podium in F1 at the Brazilian GP with Lewis Hamilton describing it as “really awesome” and race winner Max Verstappen hailing it as “incredible”.

The 2019 season has been a whirlwind one for Gasly as he started the year by getting a dream race seat alongside Verstappen at Red Bull.

Despite regularly finishing in the top 10, he failed to match his team-mate and was demoted to Toro Rosso after the Hungarian GP with Alexander Albon promoted.

The Frenchman, though, did not let his head drop and has produced some fine results for STR – and then it all came together at Interlagos over the weekend as he finished just behind Verstappen.

Six-times World Champion Hamilton was delighted for the 23-year-old.

“It’s really awesome to see, especially through the experience and journey he’s gone through from being in one team then to the next,” the Mercedes driver said.

“To come through is really awesome. We had a close battle right to towards the end.

“How do I rate Pierre’s podium? Incredible,” the Dutchman said.

“Best of the rest is already a good result and then you just stay out of trouble and other people make mistakes and you profit from that.

“It’s great to see Pierre up here [in the top three]. Now it’s also the second podium for Toro Rosso already this year, so I think they are very happy with this.

“I always knew he was a very quick driver.

“This year in the beginning maybe didn’t work out the way it should but, as you can see, I think Pierre is very strong and, at Toro Rosso again, he regrouped.

“Already before this race a lot of good results. So, this is an even bigger motivation.”