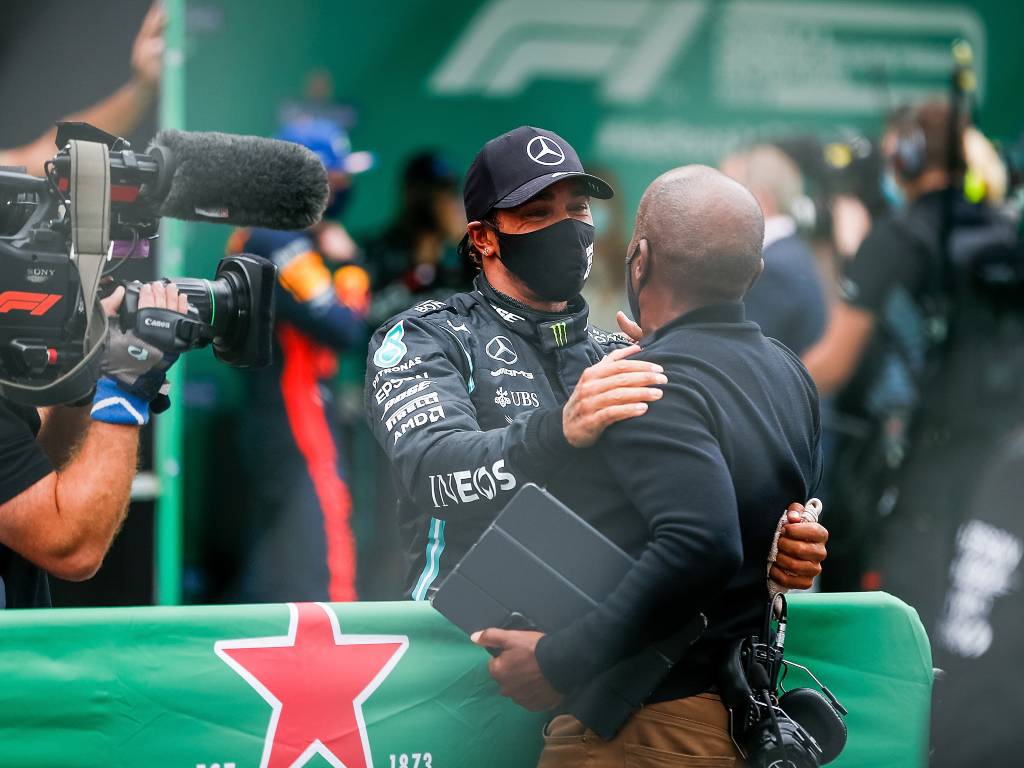 Well on his way to completely rewriting the F1 history books, Hamilton notched up another landmark when he broke Michael Schumacher’s record of race wins with his 92nd victory in the Portuguese Grand Prix.

The Briton is all but certain to match Schumacher’s seven World Championship titles this season and will be the red-hot favourite for an unprecedented eighth F1 crown next year, when his Mercedes team look likely to continue their domination of the sport.

But although Hamilton looked destined for stardom from the time he first began to display a natural talent for karting at the age of eight, there was a spell when it looked as though he may wander away from the path that has led to F1 immortality.

One team, one dream. Thank you Mercedes ❤️ #92 pic.twitter.com/mWqgsOfD8E

Asked on Channel 4 at the Algarve International Circuit if his son had lost focus at any stage, Anthony Hamilton said: “It did get very close when he was 15, very close.

“He wanted to get involved with his friends and do other things, but I said to him at the time ‘you’re potentially on the verge of greatness’ because we were leading what was then the World Karting Championship in Europe and it was critical for us to win that Championship because we were being sponsored by Ron [Dennis] and Mercedes-Benz.

“That was almost like the man from Camelot coming over and going ‘here’s your golden ticket’. We had to work hard, keep on the straight and narrow, do everything honestly to achieve the objective, which was to sit in that McLaren car.”

On how the dream had started, Hamilton snr said: “Lewis kept bugging me with a remote control car. I wanted to sit and watch horse racing on a weekend but instead it was ‘dad, dad, the batteries have run out’.

“So that’s when we started and said we’re going to dedicate Saturday and Sunday, that’s the time you and I are going to do whatever it takes, and Lewis chose karting.

“So every Saturday, Sunday, that’s what we did from him being six, seven years of age.

“When we started karting 30 years ago, it was all just about working hard to achieve a dream. It’s just incredible how this dream has come to full fruition.”