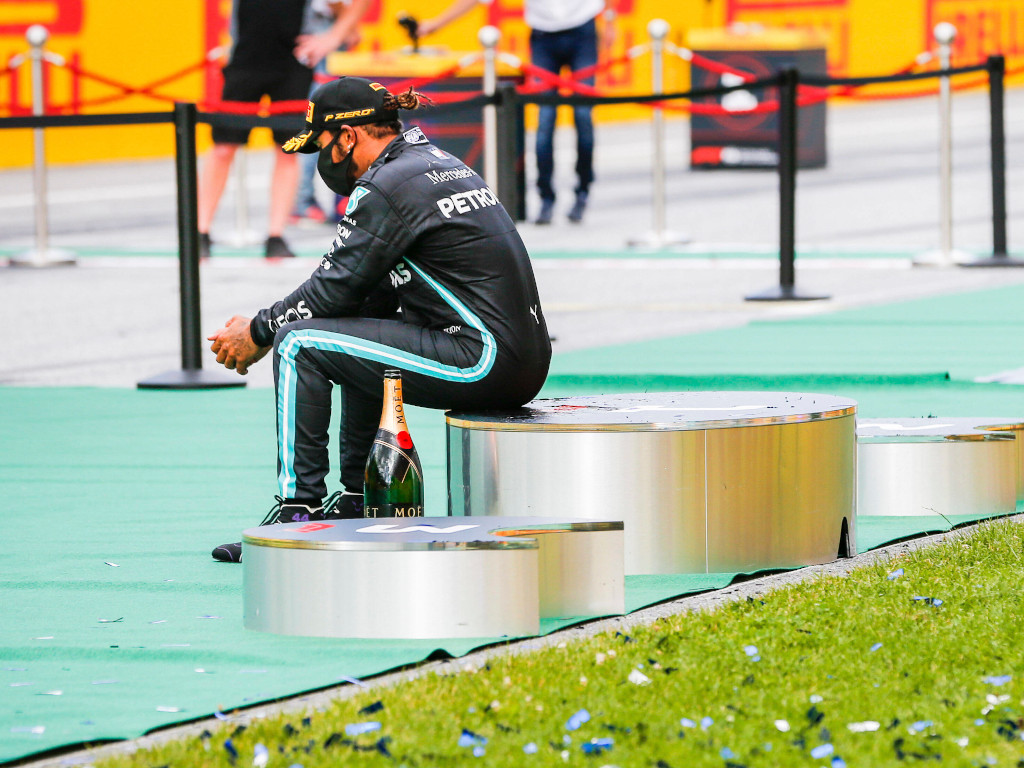 One week ago Lewis Hamilton was running second and fighting the kerbs and his car at the Austrian Grand Prix.

A week later he was running first and having a trouble-free afternoon at the same track but this time at the Styrian Grand Prix.

The Brit, though, says Sunday’s grand prix at the Red Bull Ring as no “less challenging” for him, it was just “different” to the week prior.

Hamilton put in a flawless display at round two of the 2020 championship, racing from lights to flag with only a brief stint in P2 which was when he pitted before his team-mate Valtteri Bottas.

However, once Bottas came in for his stop, Hamilton was back in the lead and racing towards what looked like an easy victory.

But while the six-time World Champion admits he had a “much better feeling” at this past Sunday’s race, he says it wasn’t any less challenging than round one with its kerb and car drama.

He was in a class of his own on Saturday qualifying ⏱

He told Autosport: “When you’re doing a good job and you’re doing it to the way you know you can do it, it’s definitely a much better feeling.

“I honestly feel like I prepared the best I could for last week, but ultimately there were some scenarios or choices that could have been better made, or better circumstances or a position I could put myself in, and there was just a domino effect of these things that often tends to happen.

“This weekend started off in a positive frame of mind. Obviously FP1 was good, FP2 was a bit of a disaster, but I sat with the guys afterwards. We didn’t throw any toys out of the pram, we sit there and dissect the data, try to understand, we pull together. It felt positive going into the Saturday.

“It rained out, and I was just hopeful we could get out and qualify. I was actually quite happy that we didn’t have FP3, because that gives everyone else less time to practice, and I knew what I’d be able to do if qualifying started.

“That’s what I did I just kept my head down, didn’t make any mistakes. And then obviously today with the same mind frame as yesterday of course it’s much different starting from first than fifth.

“Perhaps not fun for you or the fans to watch. I wouldn’t say any less challenging for myself, just different, and I try to perfect it the best way I could today, and I think I got everything and more from it.”