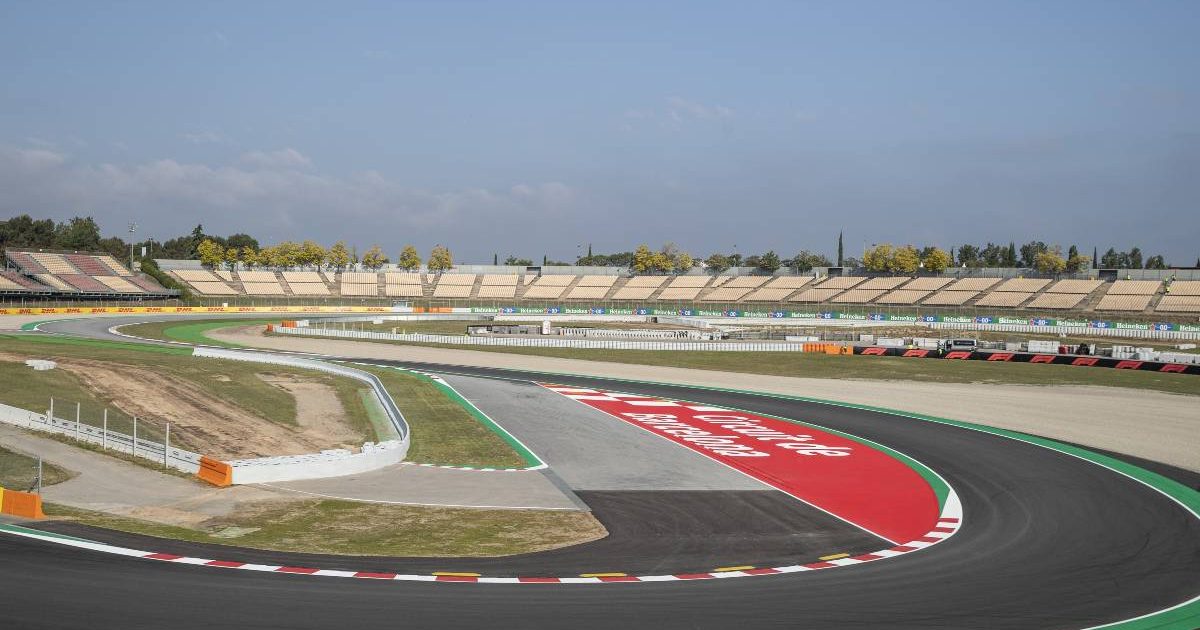 Lewis Hamilton says that he’s struggling to understand the point of the new Turn 10 at the Circuit de Barcelona-Catalunya.

It’s fair to say that the Spanish Grand Prix hasn’t been the most popular track on the calendar in recent times, with overtaking opportunities hard to come by.

After a dull race last year in which Hamilton took the victory and lapped everyone except the two drivers who joined him on the podium, Max Verstappen and Valtteri Bottas, many called for changes to be made to the layout.

The circuit did indeed announce changes soon afterwards, but not ones that people were hoping for.

They announced that Turn 10 would be reprofiled for safety reasons rather than racing reasons to “allow for an extension of the run-off area at the turn, thus increasing the safety distance, and it will also lead to a return of the origins of the layout.”

Drivers got their first taste of it on Friday in FP1 and FP2, with many losing speed there due to a lack of grip on the surface.

Hamilton thinks that the grip will improve, but still isn’t sold on the turn.

“I don’t really understand what the point was of the corner,” he said in the paddock after FP2.

“It’s a lot lot faster, but I’ve not been in a racing scenario with it so I can’t tell you if it’ll be better for racing or not.

“The one before obviously was a dead stop. That was one other spot that you could potentially overtake on but the straight was too short.

“So yeah, I don’t know. Maybe it’ll allow us to follow closely, maybe, through that last section, and if it does that means we can race better down the main straight.”

It was an excellent Friday for Hamilton and Mercedes, with the German team topping both sessions, courtesy of the Brit in the latter.

Things weren’t nearly as good for their rivals, Red Bull, with Max Verstappen and Sergio Perez finishing down in P9 and P10 behind the Ferraris, Alpines and AlphaTauris.

Hamilton is enjoying seeing the midfield look strong, but says that it puts pressure on Mercedes as well as Red Bull.

“It’s amazing to see the progress that Ferrari and McLaren are making and even Alpine, yeah. It’s fantastic to see them so strong.

“That applies pressure to us also, it’s not just to one group.”

Bottas was the man to top FP1 and take P2 in FP2, and he’s happy with how his car feels, but is expecting a close battle in qualifying.

“The feeling was not too bad with the car so that’s always a good starting point. There were no massive balance issues.

“I think with the soft tyre in qualifying, getting both the rear and the front to work properly from Lap 1 will be the key. I believe the gaps are going to be small.”