Home News Hamilton believed he could pinch US win from Max 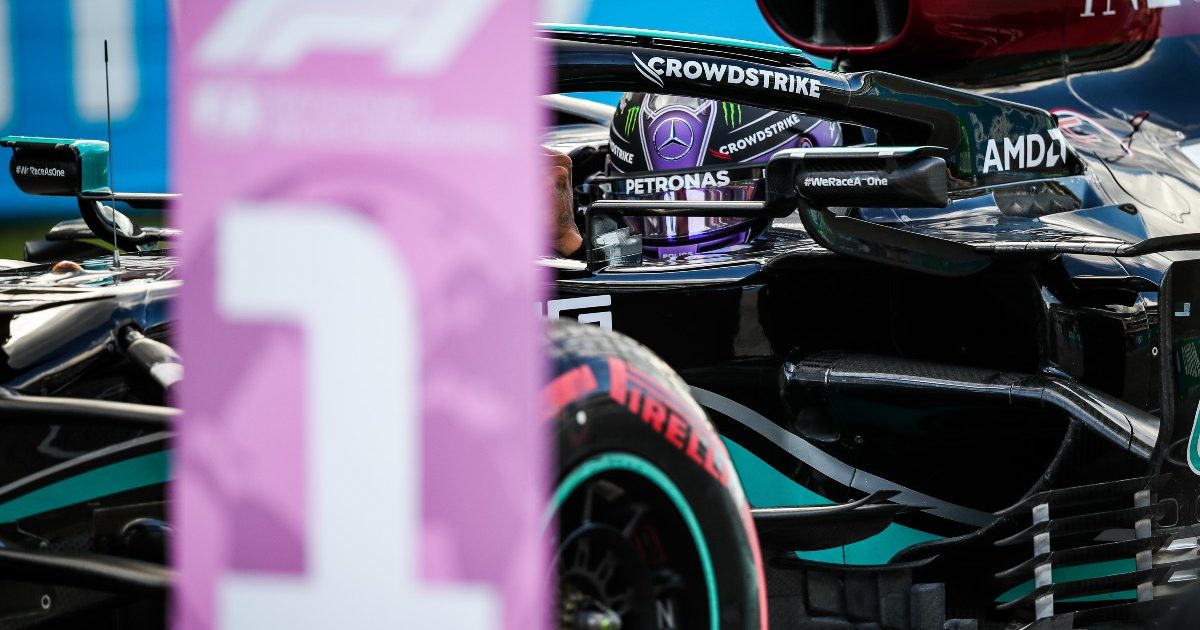 Lewis Hamilton smelt a chance to take victory at the United States GP, but was forced to settle for runner-up against Max Verstappen.

Despite taking the lead from pole-sitter Verstappen into Turn 1, Hamilton was unable to retain that position after Red Bull completed a successful undercut to get Verstappen back ahead of the seven-time World Champion.

Mercedes tried to go long with Hamilton to give him fresher tyres for the end, and despite closing in significantly, Hamilton was not presented with any overtaking opportunity against Verstappen.

It was a race which Hamilton “for a second” thought was winnable, but instead he must now hope to go one better next time out in Mexico, with the deficit to Verstappen in the Drivers’ Championship now at 12 points.

“We gave it everything we had and they [Red Bull] were just quicker than us this weekend,” Hamilton told Sky F1 back in the Austin paddock.

“It looked like they just had better rear end and a little bit less sliding than we had. I had a great start, I gave it absolutely everything today and it was just unfortunate I couldn’t convert it at the end.

“It is the dirty air and just overheating of the tyres, but what a great race down to Turn 1 and I thought for a second that we might be able to win the race.

“But we will have to wait until the next one.

“They just had the upper hand this weekend and we couldn’t really have asked for more.

“A big big thank you to my team for great pit stops, great hard work throughout the weekend.”

The 2021 United States Grand Prix marked Formula 1’s return to the nation for the first time since 2019, and the crowd certainly brought the atmosphere with 400,000 people flocking to the Circuit of The Americas over the course of the weekend.

Hamilton felt that this was Formula 1’s official acceptance by the United States, and so now he hopes that Formula 1 pushes on with its plans to add more US-based races to the schedule.

For 2022 the Miami Grand Prix will join the F1 calendar for the first time, while COTA is also on the schedule.

“What an amazing crowd, I think this is definitely our acceptance into the US, and what a place to be,” Hamilton stated.