Home News Hamilton: Brazil one of, if not the, best weekend of career 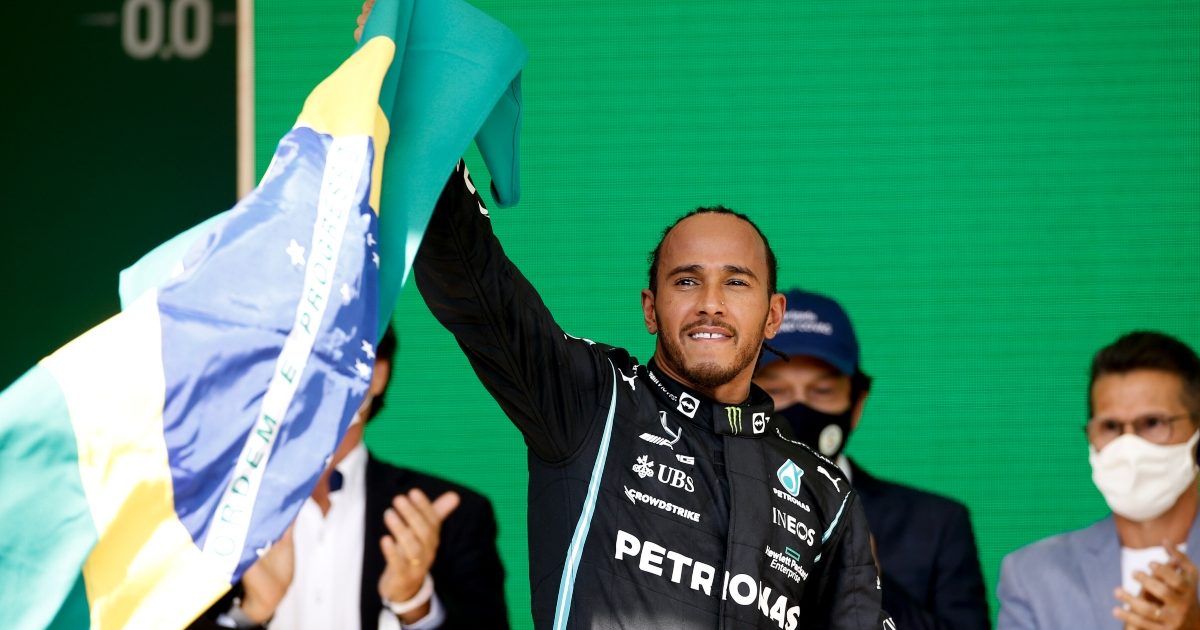 Lewis Hamilton feels his performance at the Sao Paulo Grand Prix was right up there with the best race weekends of his career.

The Mercedes man was in a league of his own at Interlagos, claiming victory despite being presented with a number of obstacles to overcome.

After taking P1 in qualifying for the sprint on Friday, he had it taken from him with the FIA disqualifying him after detecting a technical infringement with his DRS.

He, therefore, started the sprint from the back of the field and put in an excellent drive to fight his way up from P20 to P5 in the 24 laps that followed.

The seven-time World Champion still only started the main race in P10 though due to a five-place grid penalty given to him due to an ICE change, and once again produced a stunning display.

After just 19 laps he was in P2 with only title rival Max Verstappen ahead of him, and he ultimately passed the Dutchman too to claim a much-needed victory and give his title hopes a boost.

The performance was praised throughout the sport in the aftermath, and he himself thinks it was up there with the best weekends of his career.

“It’s been such a difficult weekend for everyone in the team and I think really I’ve just been inspired by everyone’s focus and determination,” he told reporters in Brazil.

“It’s easy to get down when you are faced with difficult things like penalties and engine penalties. But everyone just stayed positive, everyone has done such a great job. The mechanics did a fantastic job. And the strategy also was solid.

“Then it was just really down to me to kind of let go of things as quick as possible as just focus on moving forwards. But did I think we could come from last… I didn’t know what was possible but I just gave it everything.

That moment when we all held our breath on Sunday 😮

Before passing Verstappen, Hamilton tried to and was forced wide by the Dutchman with both going way off track.

Mercedes were furious when the stewards decided not to investigate the Red Bull for the incident, but Hamilton says he wasn’t thinking about what happened much at the time.

“In the heat of the moment, it doesn’t… I don’t really know,” he said when asked what he made of it.

“I think I was ahead initially, and I think he held his ground and we both ran out of road. Well, I think he was running out of road, so I obviously had to avoid to go out of road…

“But I mean, I didn’t think too much of it and obviously I’ll have to watch the replay, but it’s hard battling and wouldn’t expect anything less really. We didn’t touch wheels, which is good.”