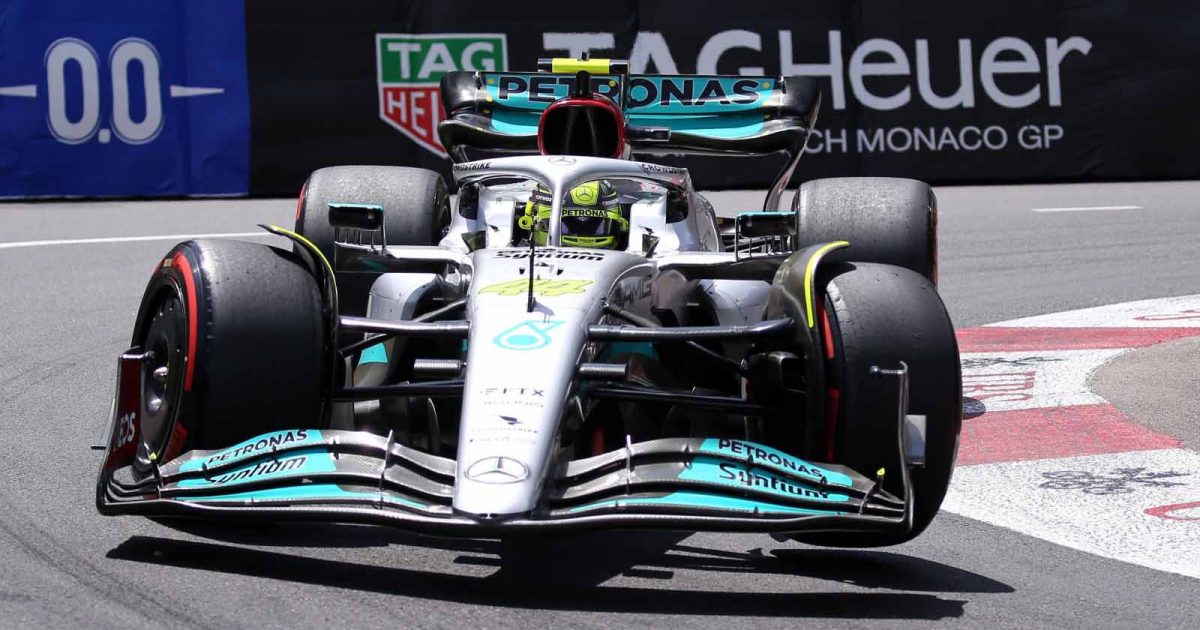 Lewis Hamilton admitted his car felt “horrendous” during qualifying in Monaco having had to wrestle his Mercedes through the weekend so far.

Hamilton was one of the victims of the red flag that prematurely ended Q3 on Saturday, with the seven-time former World Champion having his final flying lap cut short.

He will line up eighth on the grid on Sunday without having had the chance to improve and while he was disappointed to not get another opportunity to execute a better lap, he felt his first effort should have been a better one.

“I don’t think it was going to be much different,” Hamilton told Sky F1 when asked if a higher grid slot had been possible for him.

“I think I needed to get the lap on the first lap and I didn’t. Had the wrong strategy, engine strategy for the start of the fast lap. So yeah, unfortunate session. Monaco is just like that.”

A very strange end to the session but the home hero will start P1 on Sunday!

Hamilton was heard on team radio speaking on multiple occasions about Mercedes’ issues with bouncing around Monaco, with the stiffer suspension and new 18-inch wheels highlighting the lumps and bumps of Monte Carlo for every driver.

But having looked as though they had wiped out a significant portion of their porpoising issues in Spain, Hamilton has appeared uncomfortable all weekend so far in his car.

But even if his car had been in the right operating window for him, Hamilton said he would still have been behind the Red Bull and Ferrari duos.

“Horrendous,” he said with a smile when asked how his W13 had felt. “It feels pretty bad here. Very bumpy, for some reason. It’s very hard for us to get below a second [behind] the guys [in front].

“A lot of risk, but I think yesterday was a bad day and today the car was feeling a bit better, but we seemed to be a bit slower in FP3.

“Then in qualifying, we made some more changes and felt like we got a bit closer. But with a perfect lap, I feel like we could have been maybe six tenths of a second behind, but there’s still a decent chunk [of a gap].”

Hamilton’s Mercedes team-mate George Russell will line up P6 on Sunday, with Ferrari pair Charles Leclerc and Carlos Sainz having locked out the front row ahead of the two Red Bulls on the second row.