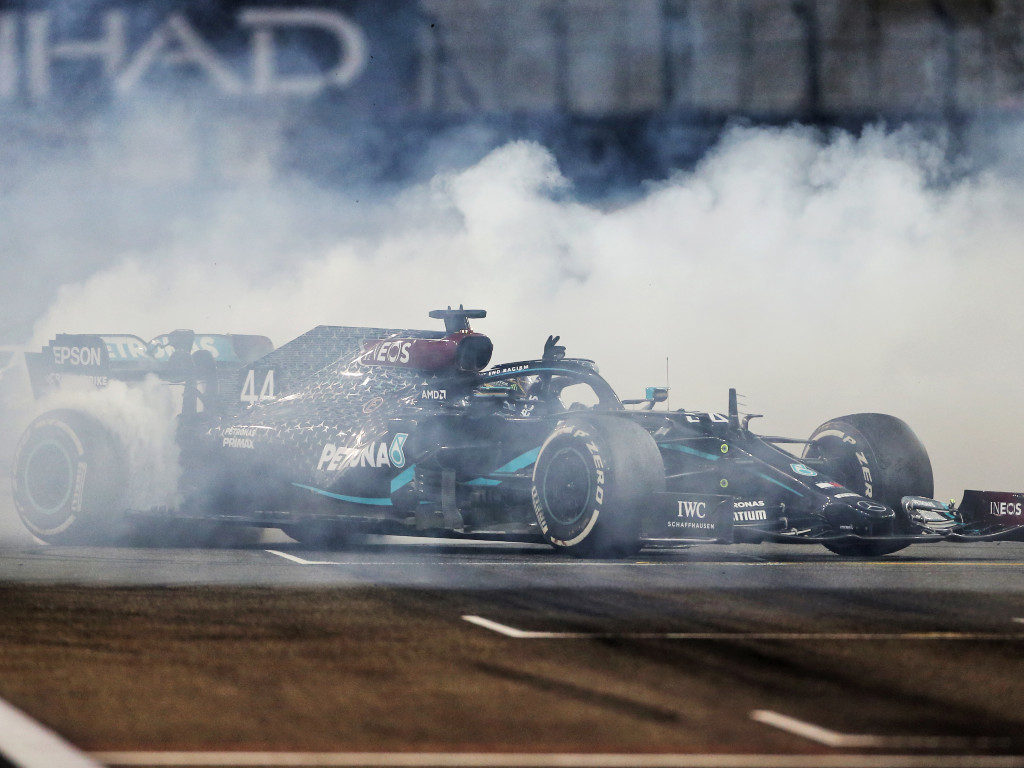 After struggling through the Abu Dhabi Grand Prix, Lewis Hamilton said he was thankful just to be “alive” after his brush with COVID-19.

The Briton missed the Sakhir Grand Prix due to the virus but made his return for the season-ending event in Abu Dhabi.

Hamilton admitted to still not feeling 100% at the start of the race weekend and that was evident in his P3 finish at Yas Marina after a rather flat performance for Hamilton’s standards.

Red Bull’s Max Verstappen would lead every lap to go from pole to victory in Abu Dhabi.

“You can’t win them all, so I think considering the past couple of weeks I’m really generally happy with the weekend,” Hamilton told Sky F1.

“At obviously not 100% it doesn’t feel as good as perhaps you would like, but congratulations to Max.

“That was a really hard race for me, physically all year I’ve been fine, but today I definitely wasn’t, I’m just glad it’s over.

“Big thank you to the team for their continued support, it’s still a fantastic result to get two podium finishes.”

Asked if he felt the COVID-19 infection impacted his race performance, Hamilton replied: “In terms of physically, yeah massively.

“I don’t think I’ve ever been so blown, my body’s not feeling great.”

The seven-time World Champion was though looking on the bright side, saying he just felt grateful to be “alive”.

“But on the bright side I made it through and I didn’t think anytime last week that I’d be here, so I’m just really truly grateful for my health and to be alive,” he said.

“I’m looking forward to recovering over the next period of time we have and getting back into training, getting my body back into where I know it should be.”

In the closing stages Red Bull’s Alex Albon closed right up on Hamilton for the final spot on the podium, and going forward Hamilton said the sport needs these “two-team battles”.

“The Red Bulls this weekend were just too far out of reach for us, we just couldn’t hold on to the pace that they had,” he admitted.

“Fantastic job to see Alex right up there with us, we were having a two-team battle which I think is what the sport needs.”

The new regulations have been delayed until 2022, so it remains unclear whether or not the aerodynamic tweaks for 2021 will make it easier for cars to follow.

But Hamilton is “praying” that once the new rules do indeed arrive that they will as advertised promote closer racing.

“I really hope, I hope and pray that in 2022 cars are better to follow because I don’t know if it was a boring race to watch, but as soon as you get within two seconds you’re just sliding around and you’re in turbulence all the time,” said Hamilton.

“So I really hope what Ross [Brawn] has proposed really makes a difference, we just need good tyres.”