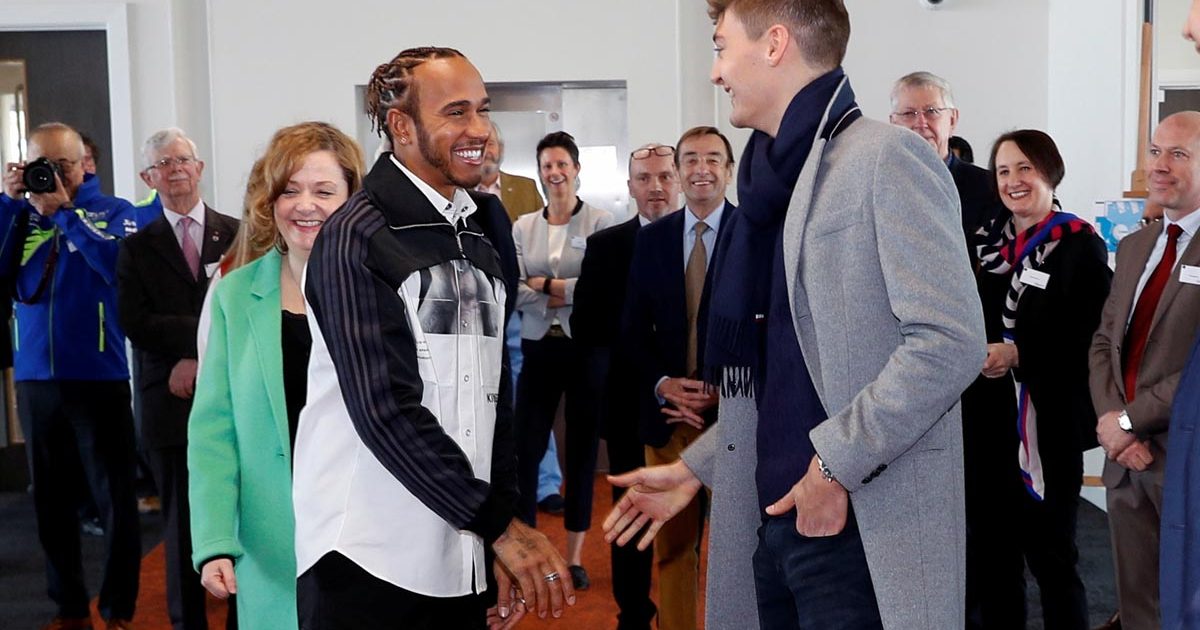 Sir Lewis Hamilton has stressed he and George Russell have not fallen out, calling the Williams driver a “great guy”.

There had been rumours the seven-time World Champion and young compatriot Russell were no longer on speaking terms, but he and Russell have both denied those claims.

Russell has long been linked with a move to Mercedes for 2022 to become Hamilton’s team-mate, should Valtteri Bottas leave the Silver Arrows at the end of the season.

A move to make the two Britons share the same garage from next season has been seen as a bold step by some, with Russell never having been outqualified by a team-mate at Williams and establishing himself as one of the strongest young talents on the grid.

Williams’ head of vehicle performance Dave Robson has claimed Russell is “very close” to Hamilton in terms of talent and after his and Nico Rosberg’s fractious relationship in the Mercedes garage, a closely-matched battle between Hamilton and Russell could reignite tensions if the team were to pair them up for 2022.

But Hamilton claims the two are getting on well with each other.

“Our relationship is 100 per cent still intact. It’s exactly the same,” Hamilton said, quoted by The Sun.

“We messaged after his incident at Imola [Russell crashing into Bottas] and I hope you can see from the message I put on [social media] I’m supportive of him.

“He’s going through his own journey but he’s a great guy.

“He did a great job when he came to the team [at the Sakhir Grand Prix in 2020] and he’ll continue to do great jobs, so no issues.”

Russell also denied a falling-out with Hamilton. He says his words were misconstrued when he was asked about whether or not the pair had spoken, after Russell replaced the World Champion for the 2020 Sakhir Grand Prix as Hamilton recovered from a diagnosis of Covid-19.

“I think the question towards me was ‘did you speak to Lewis after Bahrain?’ And we didn’t speak, as we wouldn’t speak after any other race,” Russell told reporters previously.

“We are racing against each other. If we would see each other in the paddock, we would speak. We’ve seen each other this year, a little fist-bump along the way, and that’s been the same since it has been since 2019.

“My relationship towards Lewis is the same as it is with a lot of the drivers around the paddock, which is completely fine.

“There are no hard feelings or no issues between myself and Lewis.”